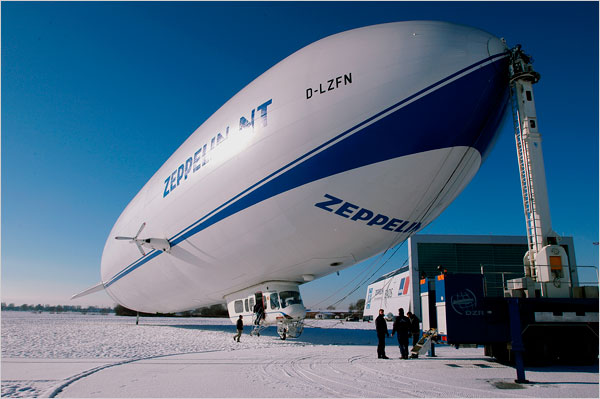 As the price of the fuel rises, a new generation of dirigibles is being considered by the governments and private companies. 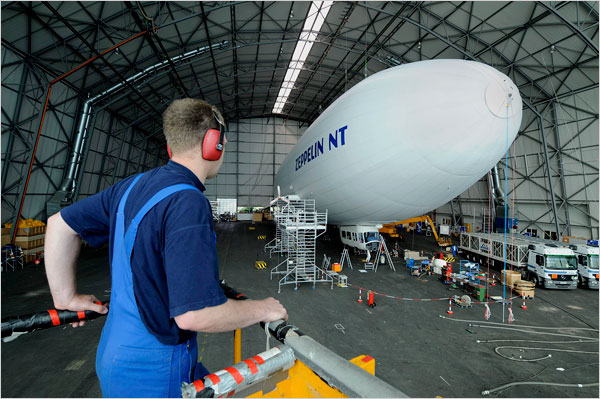 This dirigible is for its new owner, Airship Ventures, which plans to offer tours of Monterey Bay from Moffett Fiels, south of San Francisco. 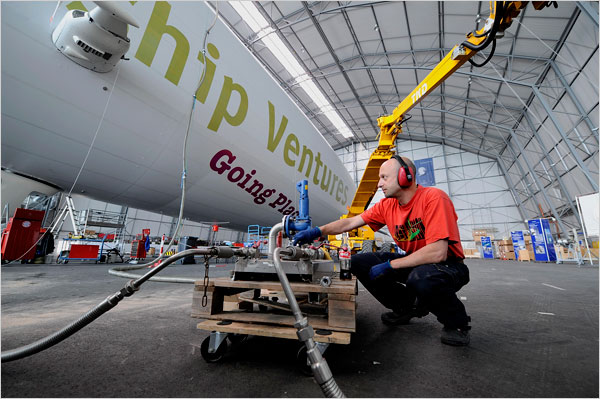 Each dirigible has to be filled with helium.This service coast about $15 million to make. Tourism is not the only use for such airships. France’s postal service use dirigibles as a friendly way to transport parceles between France and Corsica. 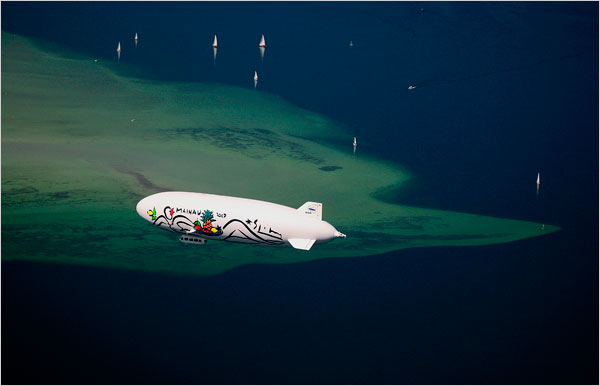 Some dirigibles can reach the lengh of a football field and develop a speed to 100 miles an hour. This is Deutsche Zeppelin- Reederei, transporting sightseers above southern Germany. Last year it gave tours to 12, 000 passengers 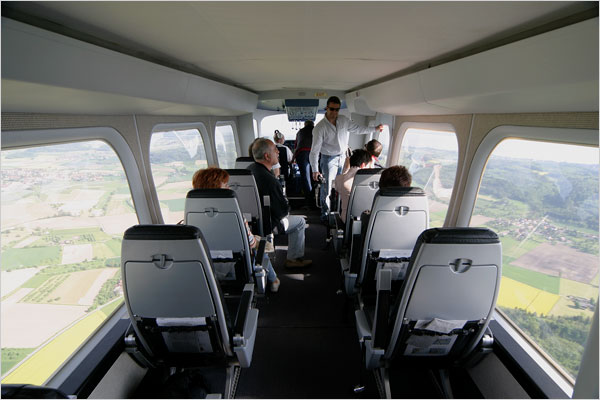 This one has room for 12 passengers plus seats for a pilot and an attendant.

The design for the Manned Cloud dirigible has a cabin that can serve 50 guests plus a crew of 25 people.

CLEOBELLA was born on open roads by two lovers. Jim’s passion for surf…