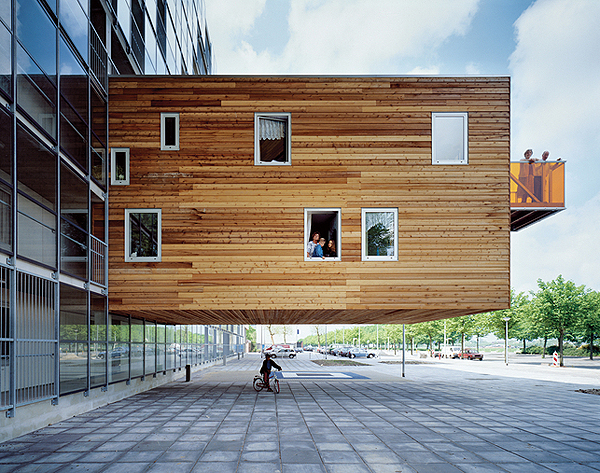 The Netherlands is a geographically low-lying country, most of the country is very flat, with the exception of foothills in the far south-east and several low-hill ranges in the central parts created by ice-age glaciers. The Netherlands is a densely populated country. It is known for its windmills, tulips, clogs, weed, Gouda cheese, visual artists, and bicycles. Dutch architecture has played an important role in the international discourse on architecture. The image displays the cantilevered units of тhe WoZoCo seniors‚ а housing complex in Amsterdam maximizing daylight in the interiors and preserve outdoor spaces.

This structure is some kind of work position outside of architecture, as a clear piece of sociology and ecology. The Dutch Pavilion is an emblem of MVRDV‚ resolutely pro-density thinking. Stackability is a recurring feature in all of MVRDV‚ and urban solutions. Inside this building is evoking the artificial nature of the Netherlands.

Maxima Medical Center, conceived in 2002, in Veldhoven, the Netherlands. 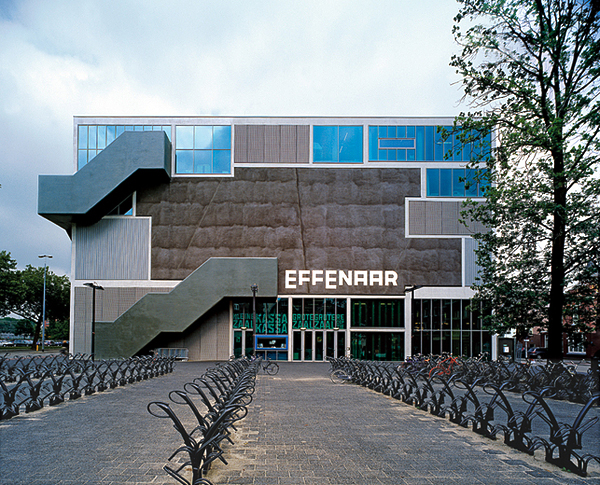 The 2005 Effenaar Eindhoven, in the Netherlands.

Overall Dutch architecture shows how architects form the new urban spaces will have an effect on a society and culture for years to come, so design is a political issue for them, for the future.

\ This space is a private residence on Amanda Drive in Studio City, Ca…