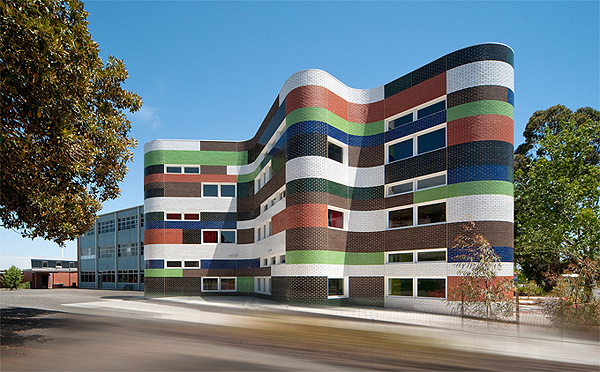 Fitzroy High School is located in Melbourne, Australia. The school is a real curl strip and has a long history. The government school closed in 1992 but it re-opened in 2004, after an 11-year campaign by parents and residents. In 2009, its senior students gained an exciting new building, designed by Melbourne-based McBride Charles Ryan who we have featured previously. 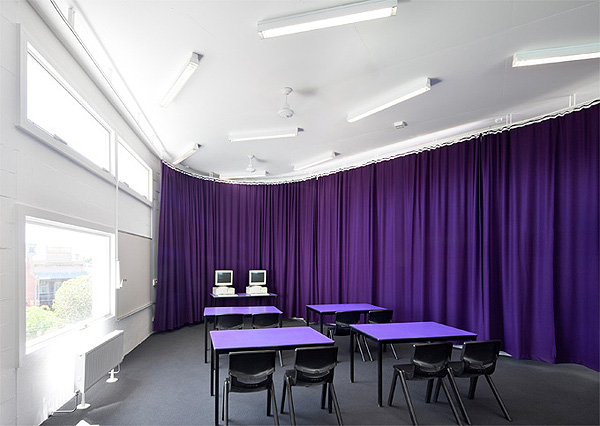 The school’s philosophy of innovation in education is reflected in the striking new building that connects with a cluster of older school buildings, some more than 100 years old. Student Seating Solutions are producing remarkable results in classrooms. In addition to the usual benefits of core strengthening and better posture, teachers have reported improvement in students’ ability to focus, take notes and engage in class discussions while sitting on Active Seating Chairs and Stools.  Active sitting leads to increased brain stimulation, alertness and learning ability.

Inside, the school is extremely flexible and has configurations had to be easy to change by staff. The solution is deceptively simple: Bright-colored drapes and splashes of color that define a space. The school brought McBride Charles Ryan the 2010 Grand Prix at the Dulux Color Awards while the interior won in the Commercial Interior category.