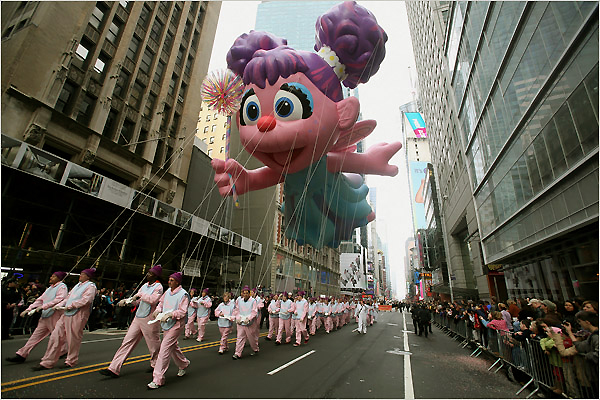 The Macy’s Thanksgiving Day Parade is an annual parade presented by Macy’s. The tradition started in 1924, tying it for the second-oldest Thanksgiving parade in the United States. The three-hour event is held in New York City starting at 9:00 a.m. EST on Thanksgiving Day. 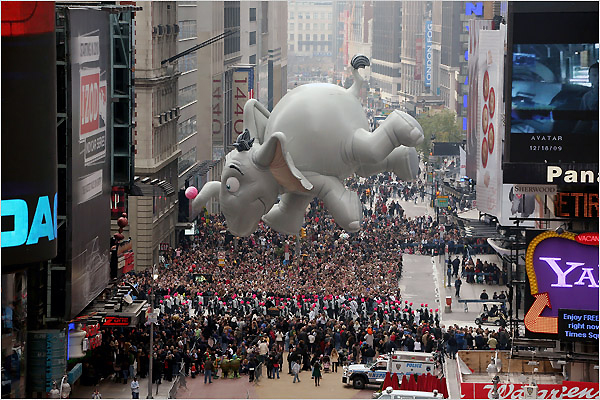 The balloons for the parade are inflated the day before (Wednesday) on both sides of the American Museum of Natural History in New York City. The balloons are split between 77th and 81st Streets between Central Park West and Columbus Avenue. The inflation team consists of various volunteers from Macy’s as well as students. The inflation is open to the public the afternoon and night before the parade. Horton the Elephant hung a right on Seventh Avenue. 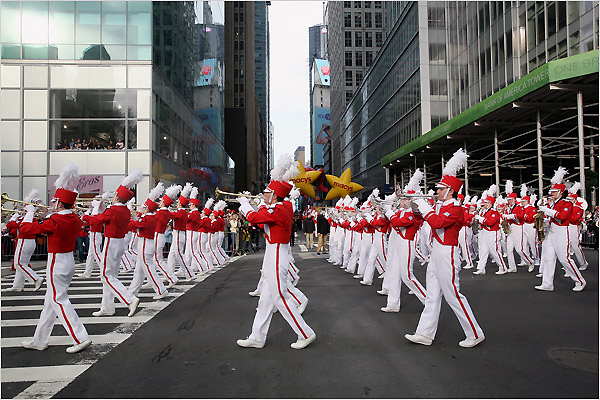 Many measures are taken to prevent accidents and balloon related injuries. One measure was the installation of wind measurement devices to alert parade organizers to any unsafe conditions that could cause the balloons to behave erratically. Also, parade officials implemented a measure to keep the balloons closer to the ground during windy conditions. In the picture Students performed in Macy’s Great American Marching Band. 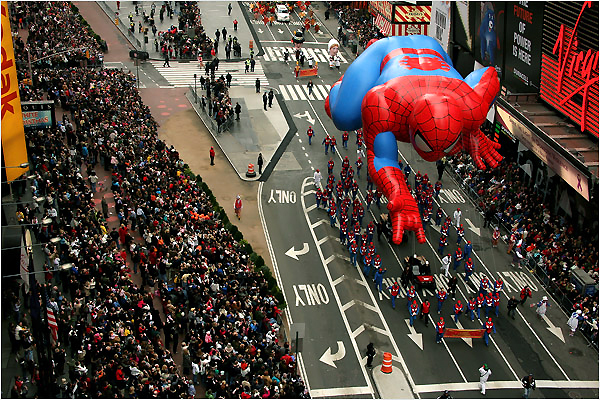 The picture show the parade at Seventh Avenue rather than Broadway. 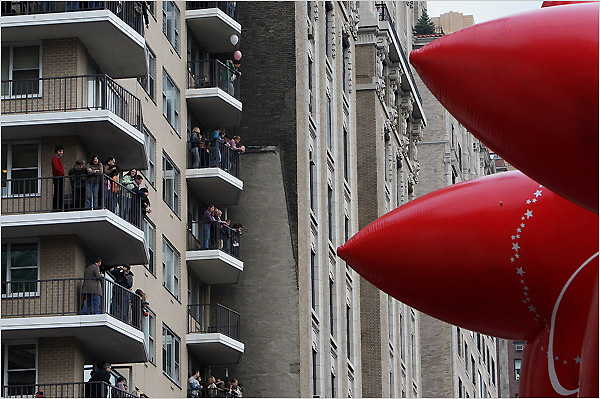 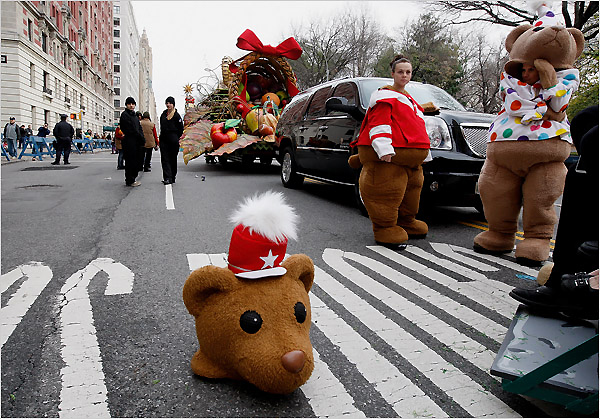 Just before the start, a costume’s head waited to be placed atop a body. 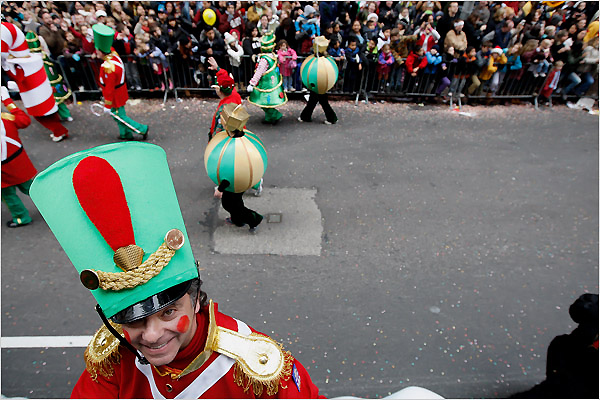 Joe Civitillo, who works in Macy’s advertising department, rode the Santa float. This is his fourth parade. Photos by: Ruth Fremson