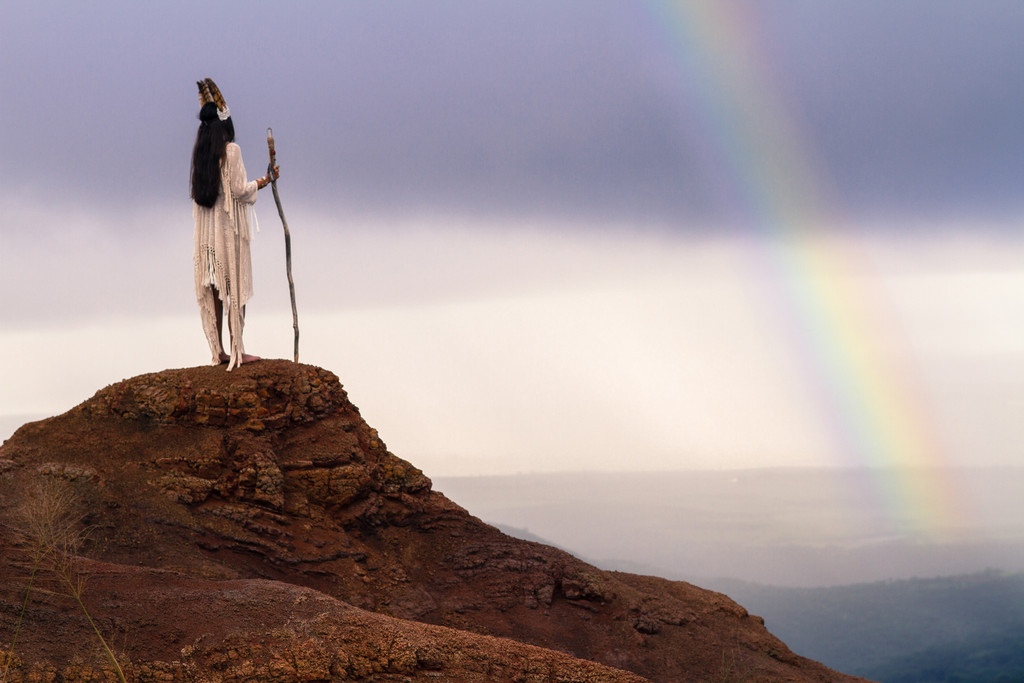 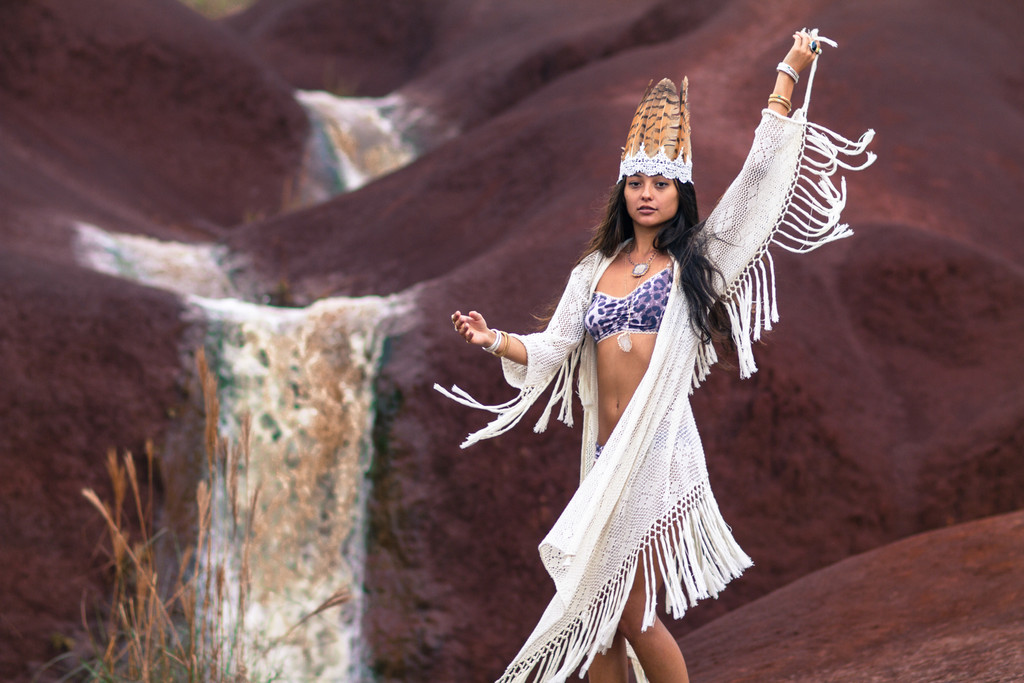 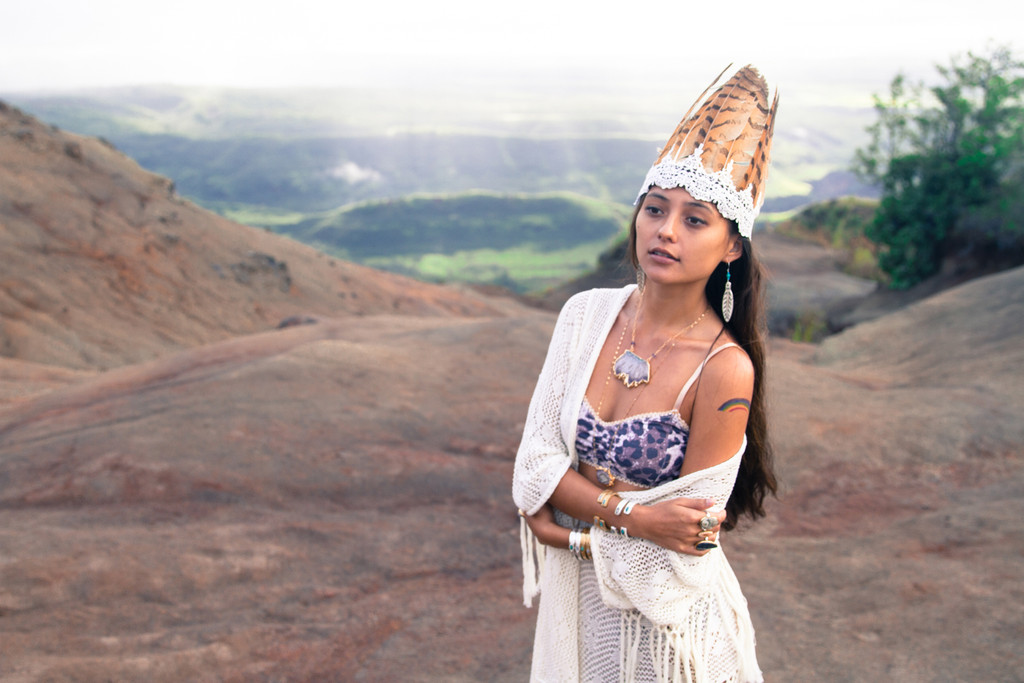 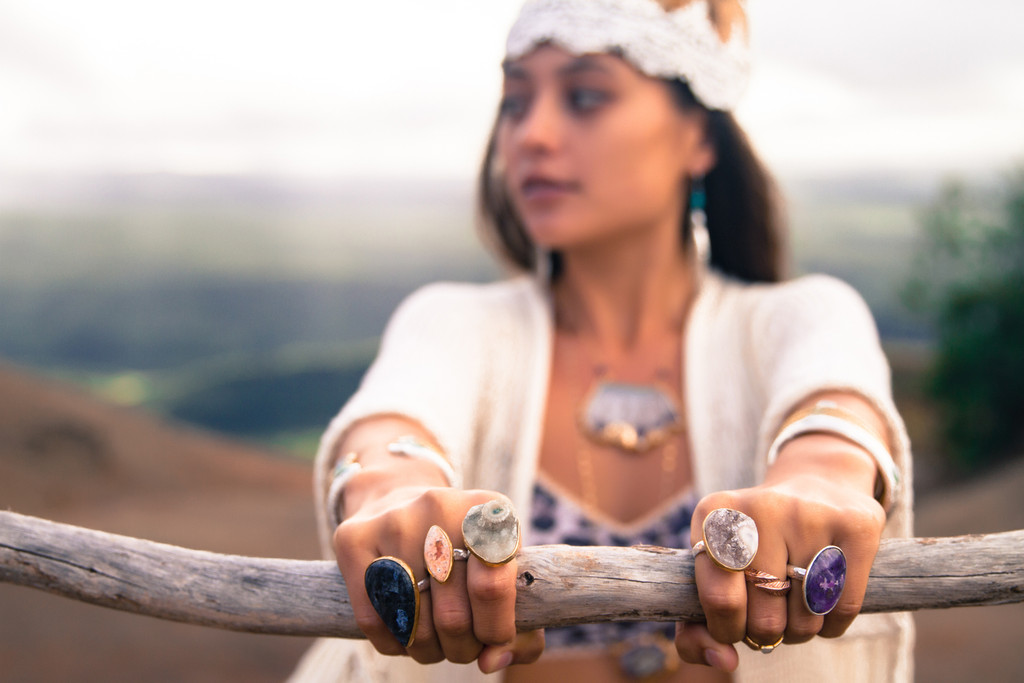 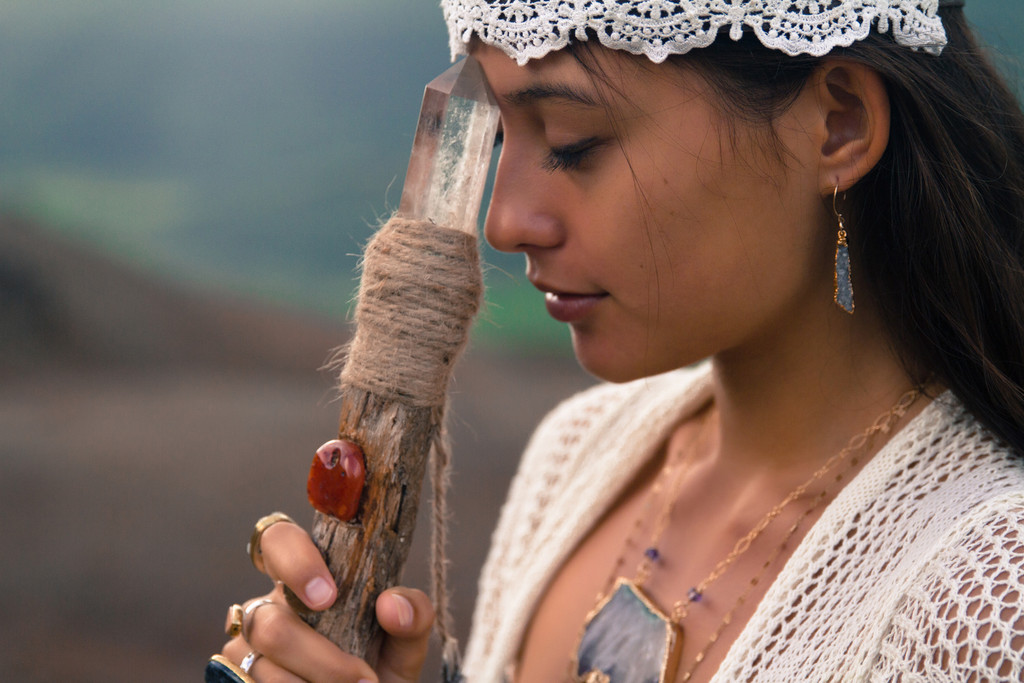 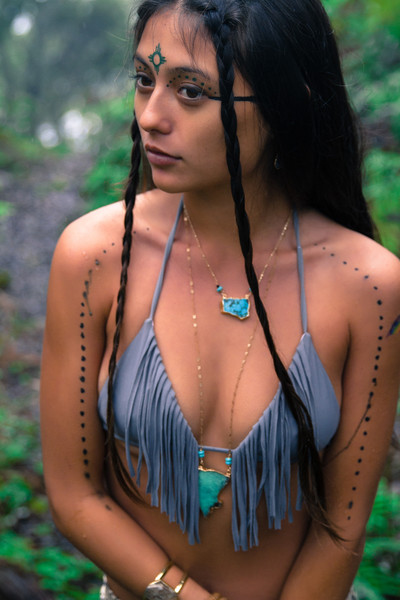 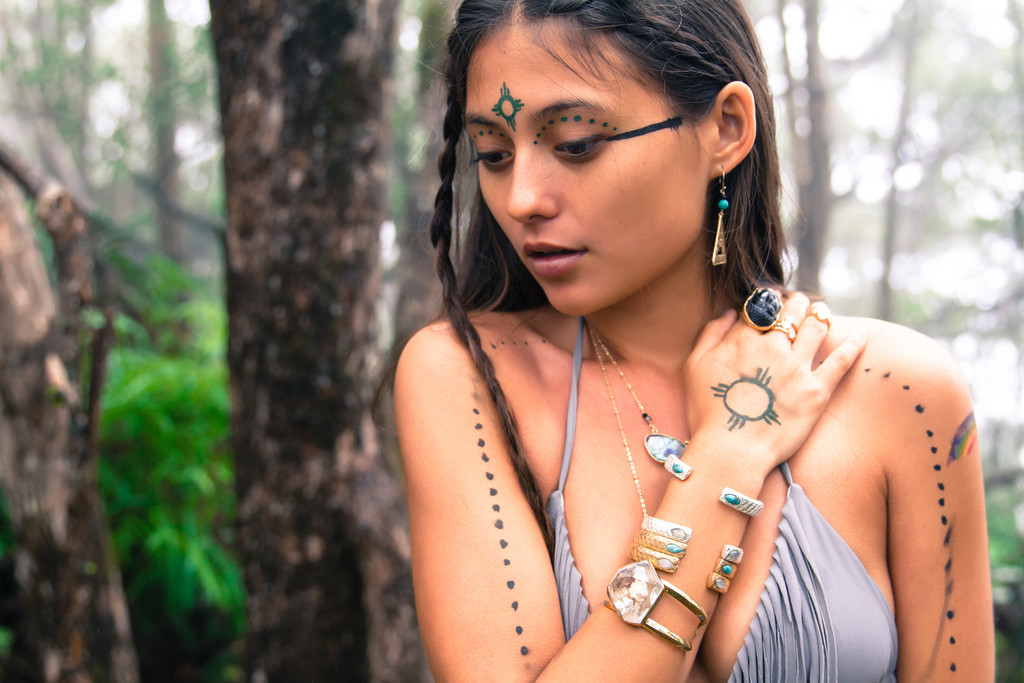 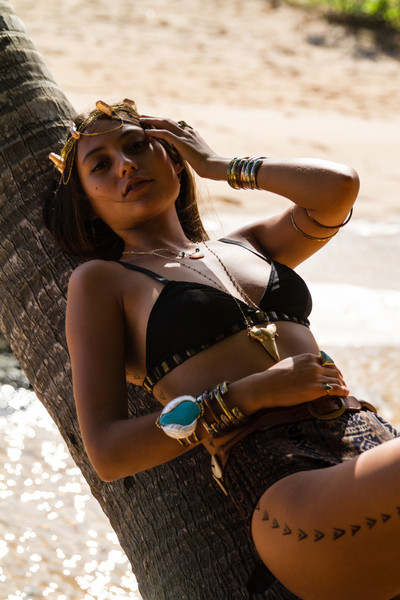 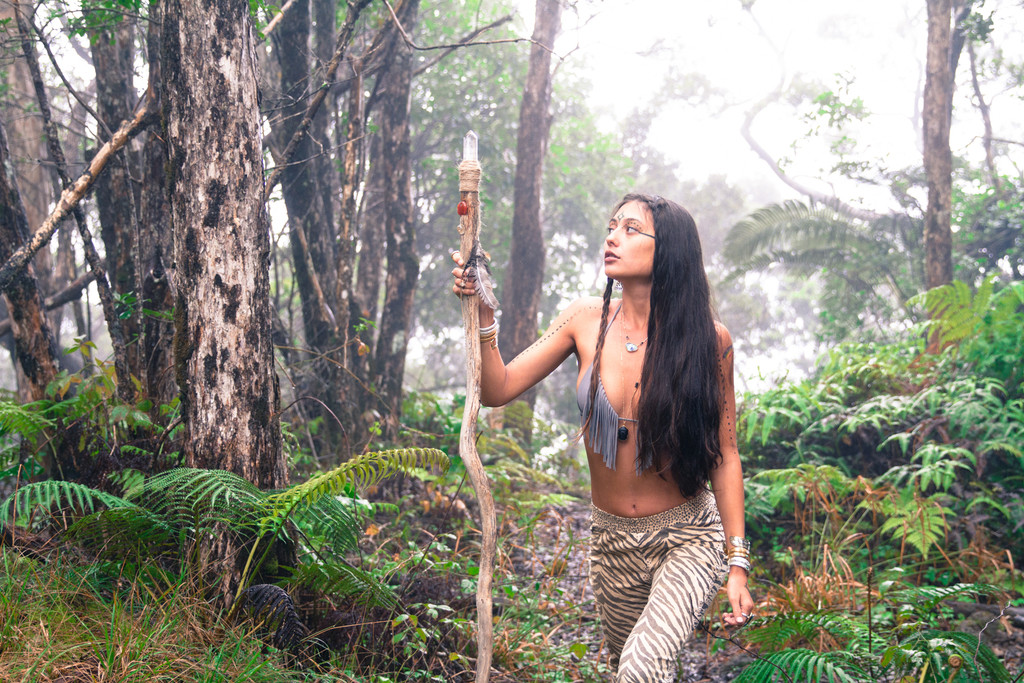 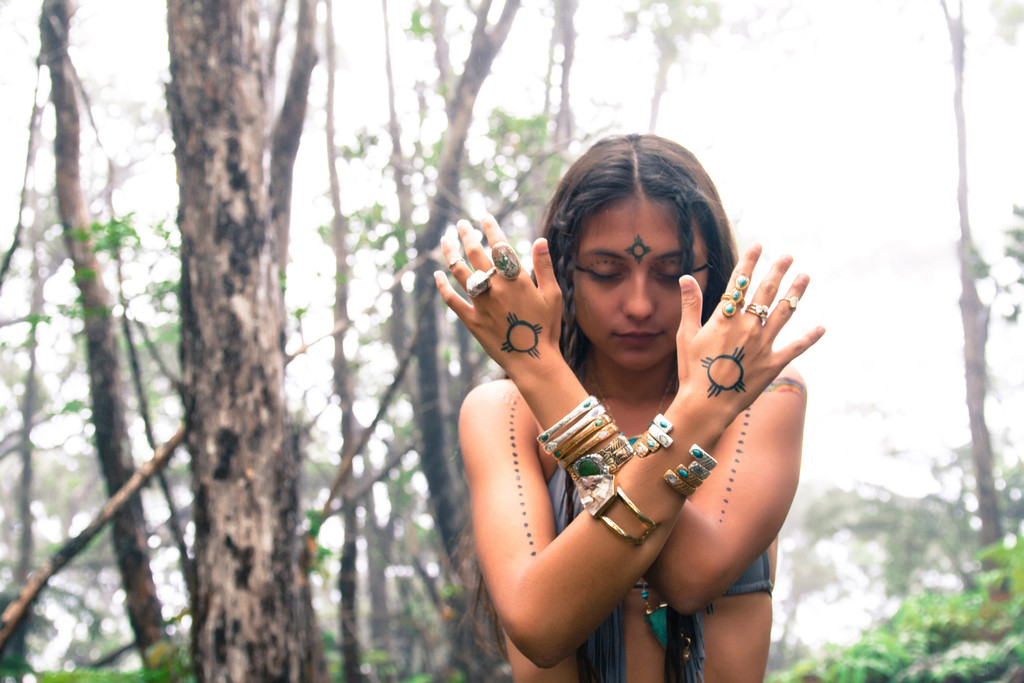 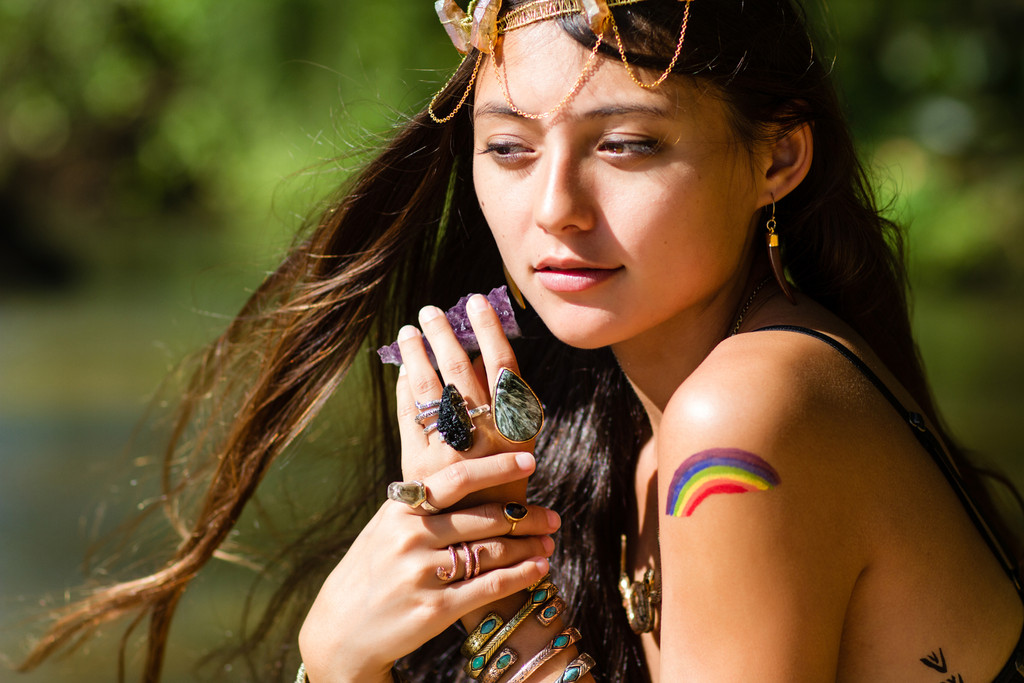 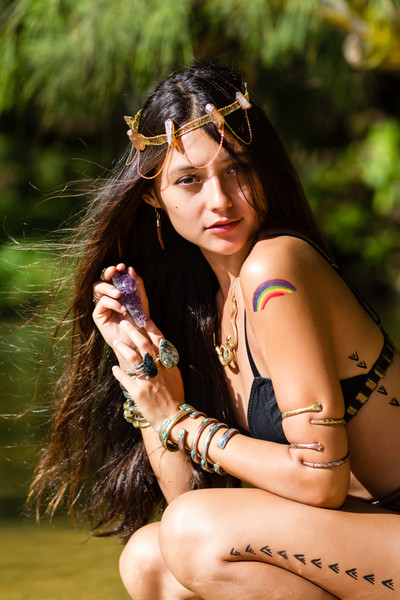 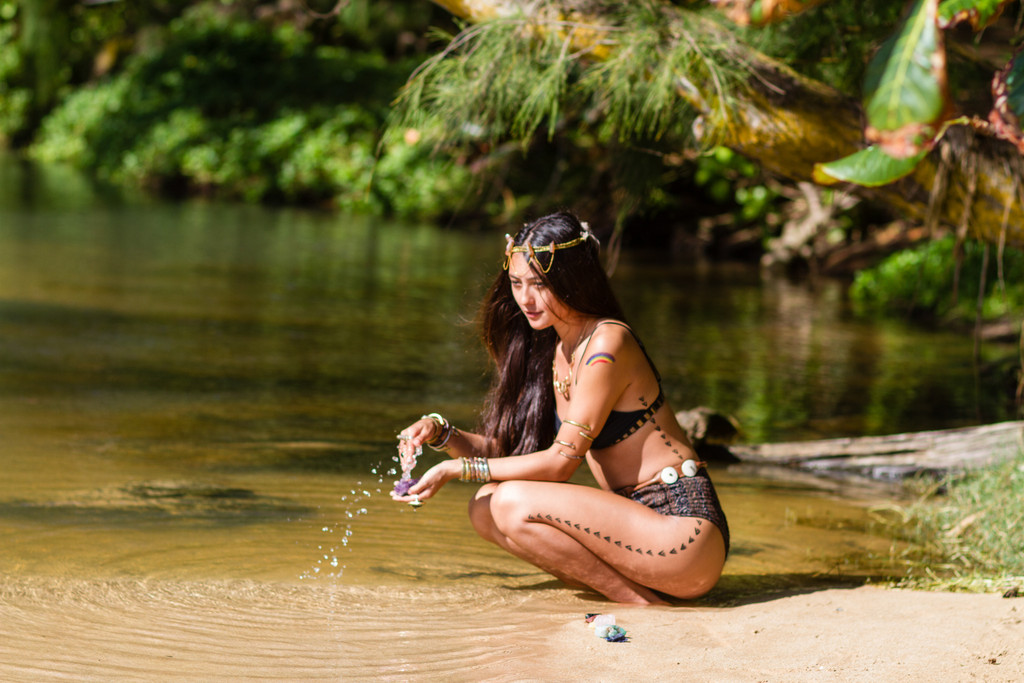 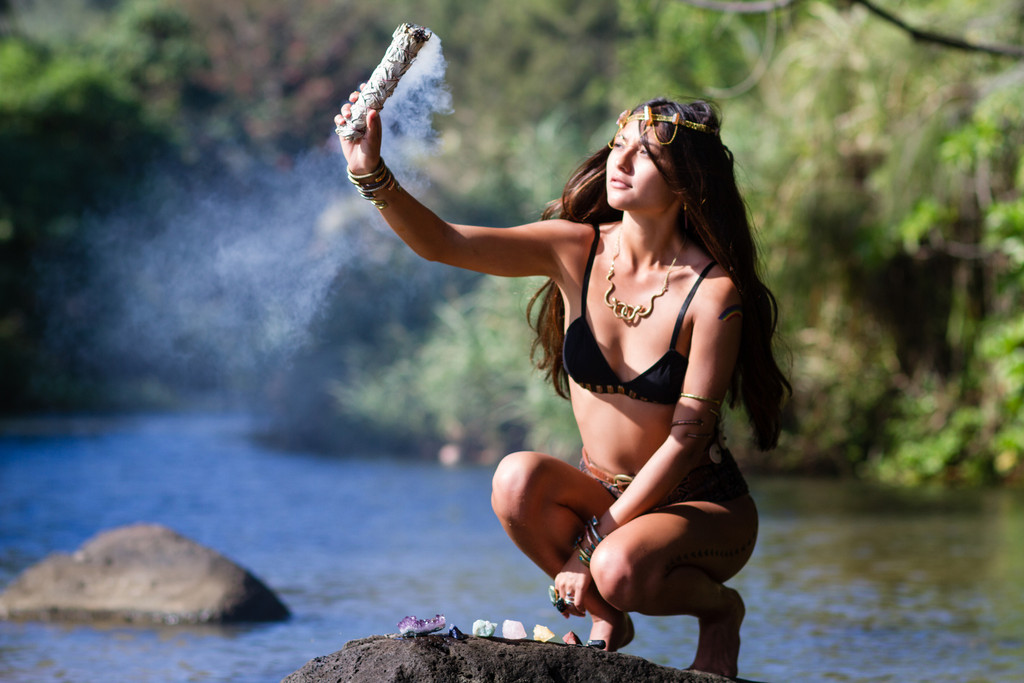 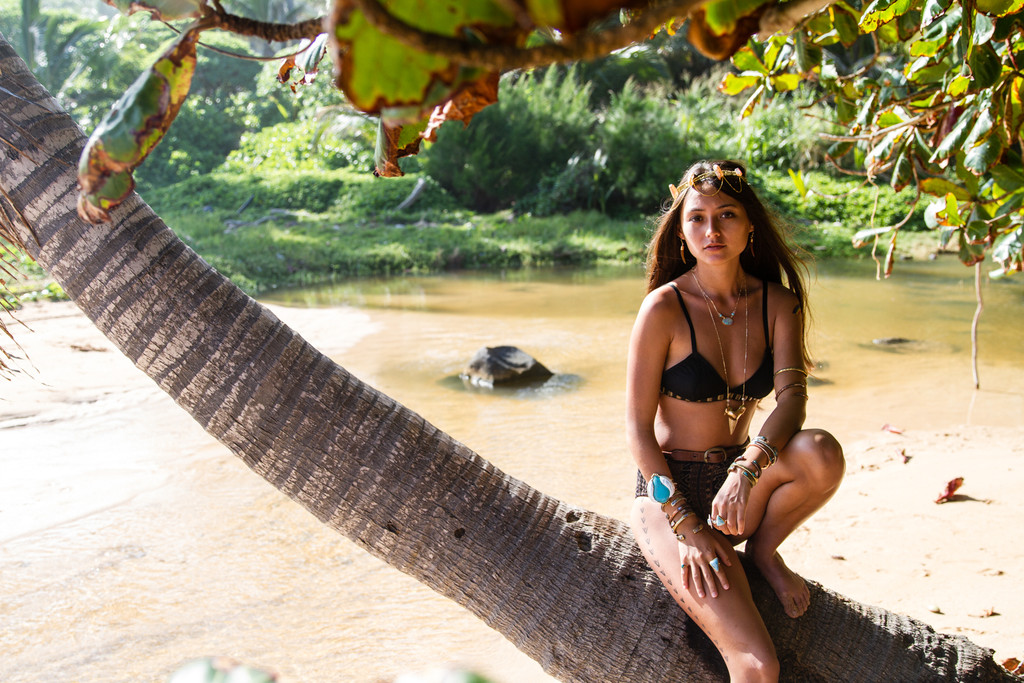 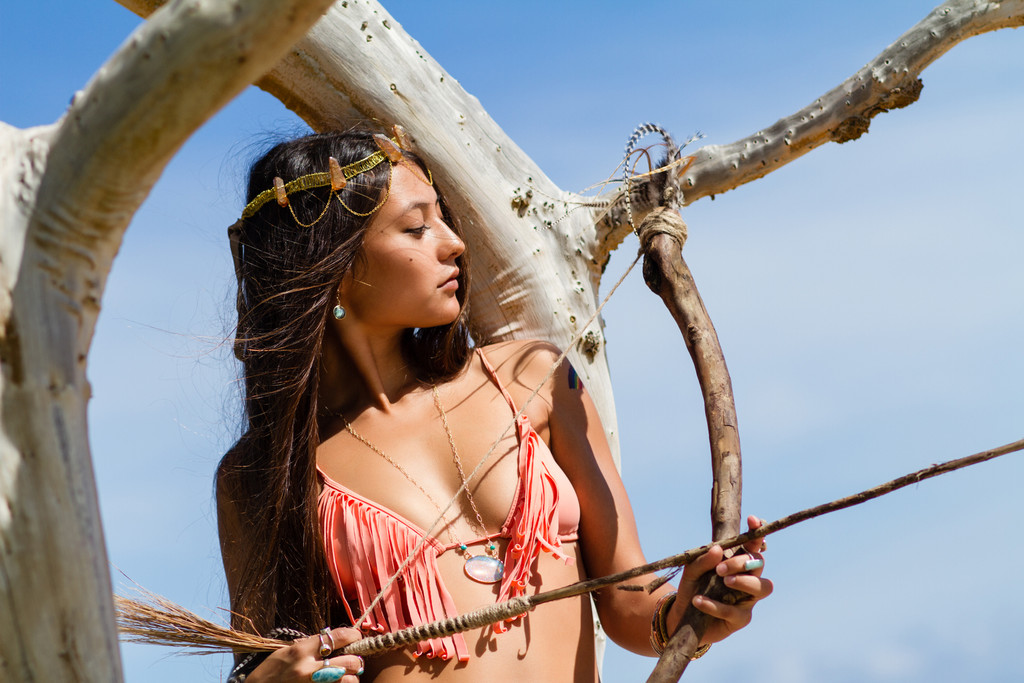 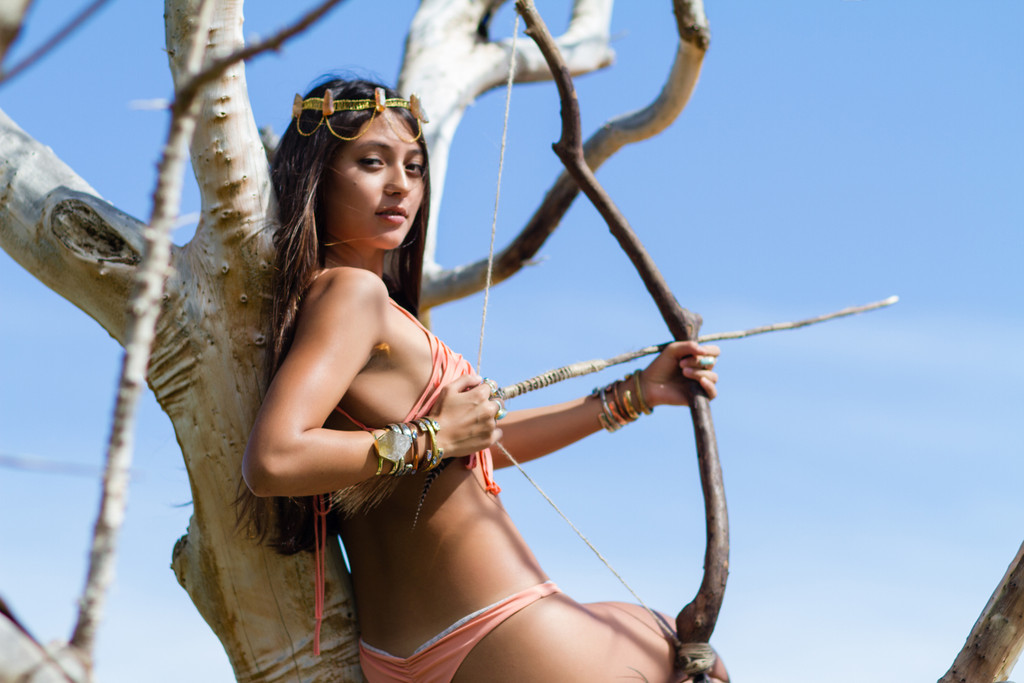 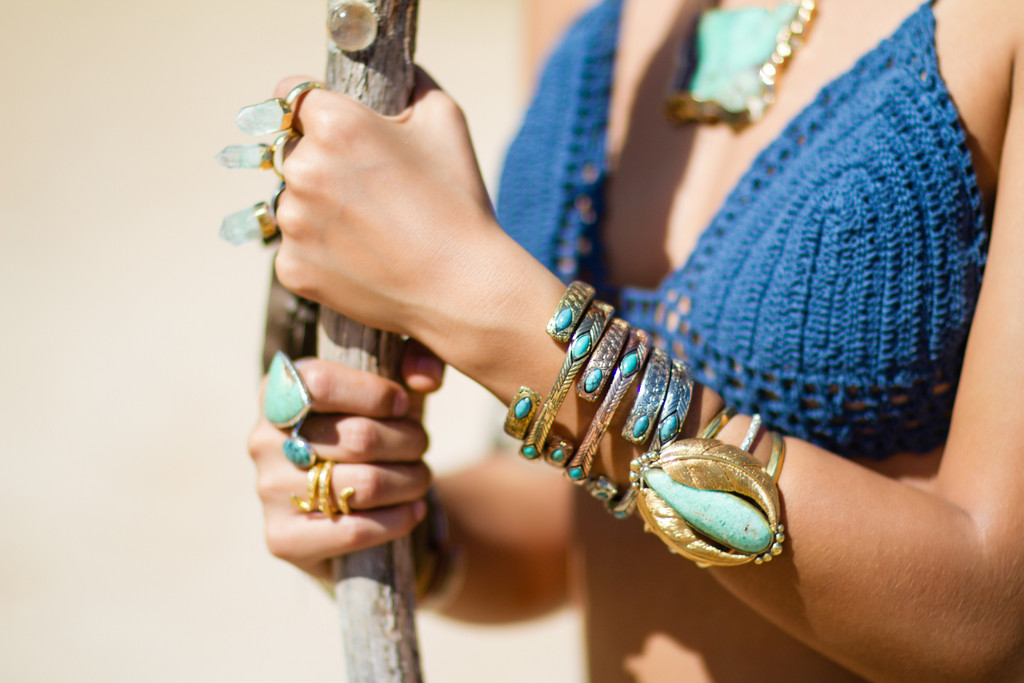 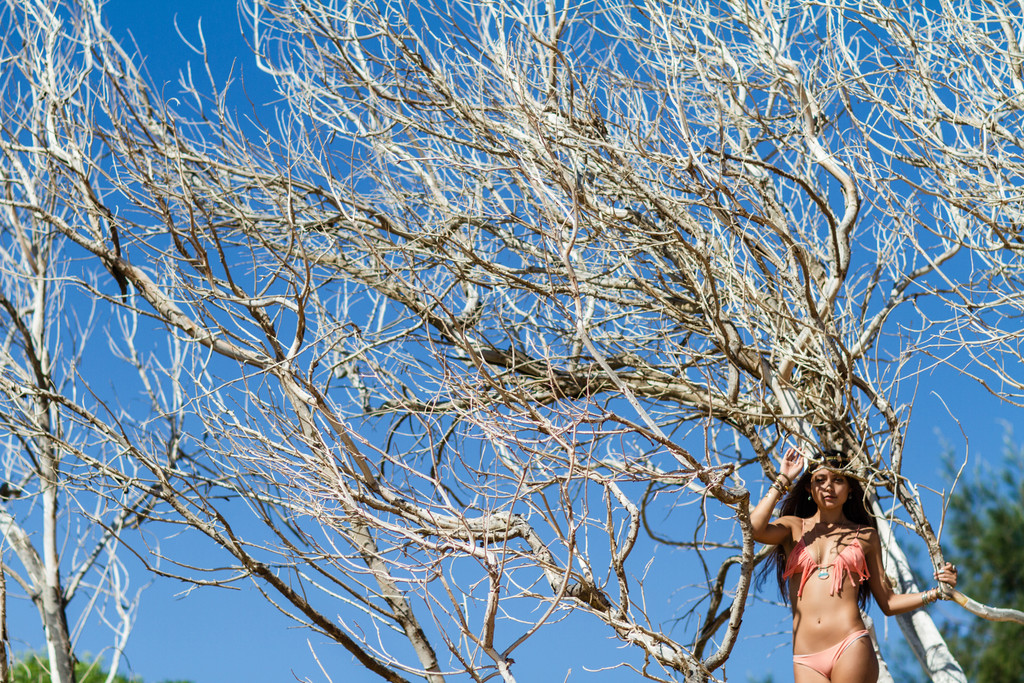 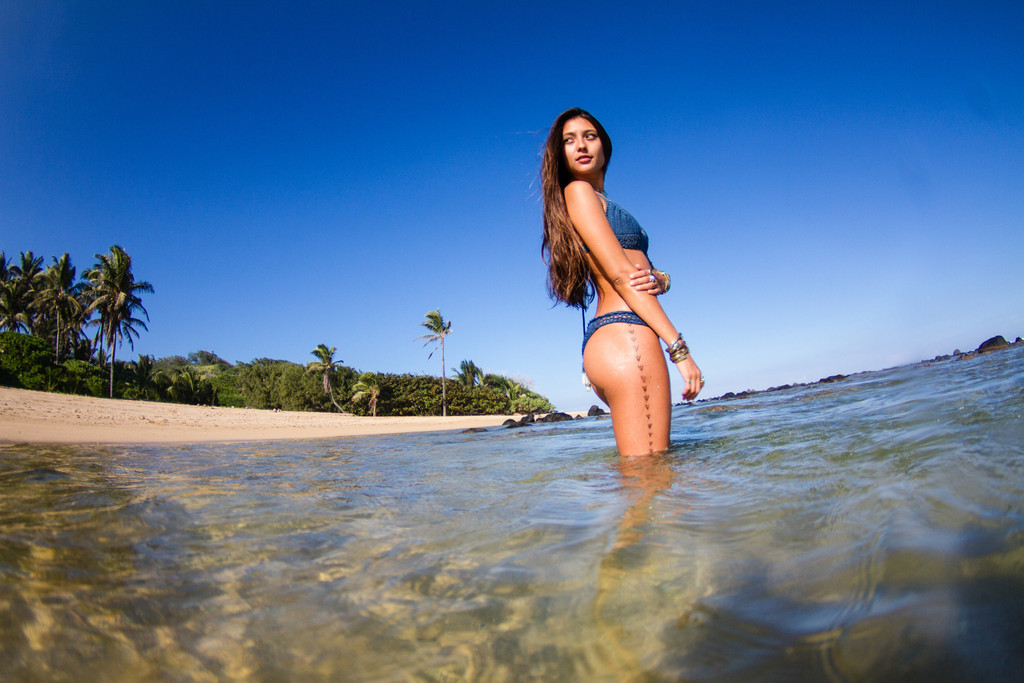 Bahgsu Jewels are genuine aesthetic creations deeply inspired by the wild and natural aspects here on Earth. Each item has its own deep story that starts with how mother earth formed it, where it was mined, who cut its shape, how it was made and finally how was transformed into a Bahgsu jewel. Ancient cultures across the globe used stones to express their mythologies. Each crystal is embedded with a unique creation myth which might span thousands of years and contain tales of wonder and cosmic power.

Behind the scene is Chris and Madgi Del Moro. They have spent their lives bouncing between Italy and Byron Bay, Bali and Mumbai, with many towns and cities in between, searching for inspiration and peace, but thriving on the road.

Madgi founded Bahgsu Jewels in 2008 after completing a silversmith course in the Himalayan village pronounced Bag – sue during her 3 months solo journey through India. Chris joined the team a few years later after they fell in love. His artistic skills continue to evolve the brand in countless ways.

DESIGNSIGH presents the RAINBOW WARRIOR collection created as an ode to the fellow journeywomen, who is bravely inspired by heartache and calls on ancestors to clear the way. Who knows the same arrow that broke her merely broke her open. All Bahgsu Jewels are hand carved and crafted.

Modular synthesisers are a big mystery to DESIGNSIGH: wires, blinking …