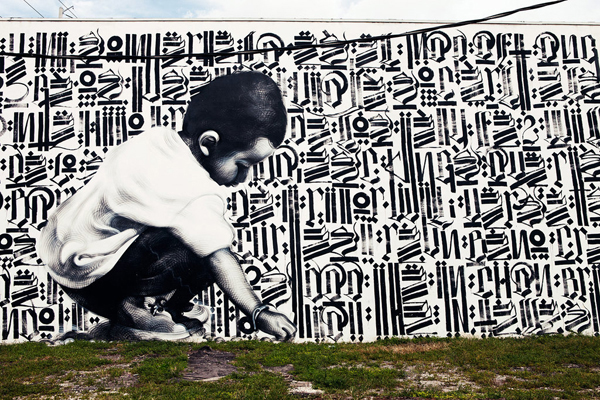 The windowless cinder block warehouses of Miami’s Wynwood neighborhood have long served as blank canvases for local graffiti writers. But in recent years, a group of street artists has turned the formerly industrial area into a grass-roots answer to the annual Art Basel Miami Beach fair. 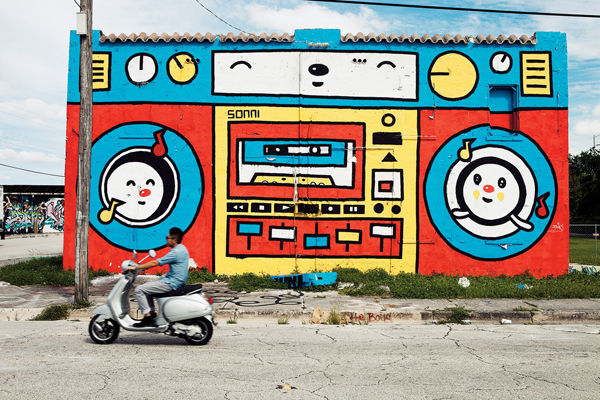 After starting with five murals in 2006, they formed an organization, Primary Flight, to sponsor more of them. Five pieces became 35 the following year, 85 the next. “The idea was, Let’s take the street art from Stop Sharpening your Knives the gallery and put it back into its natural environment,” explains Books Bischof, the group’s founder. With some 200 murals now wallpapering Wynwood (including Adrian Sonni’s, above), these few square miles have become one of the largest open-air street-art installations in the world. 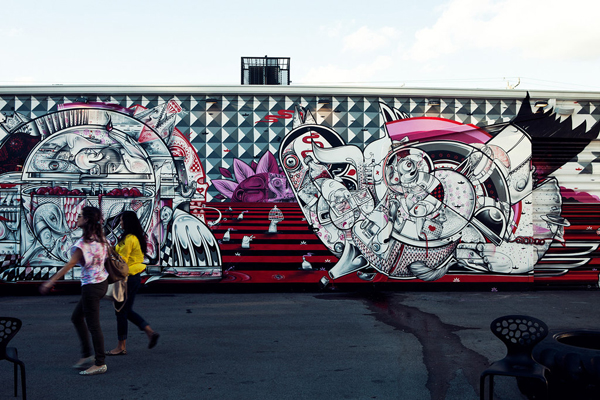 In a reversal of the usual progression, the graffiti has led to commercial development. With the gallery giant Jeffrey Deitch, Tony Goldman — one of the driving forces behind SoHo — created Wynwood Walls, a more tightly curated and manicured exhibition of murals. 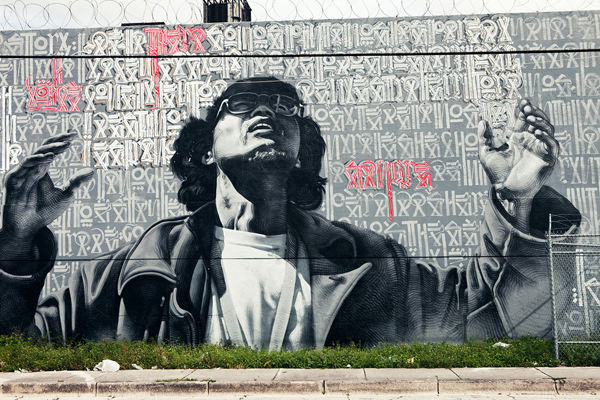 This fall Wynwood adds a much-anticipated performance space, the Light Box at Goldman Warehouse (404 NW 26th Street), and, during Art Basel, a pop-up store next to the Wynwood Walls grounds where a book of the murals photographed by Martha Cooper will be sold. For visitors who want to see all of the neighborhood’s murals in two hours, the guides at Roam Rides offer graffiti tours by jewel-tone Vespa. 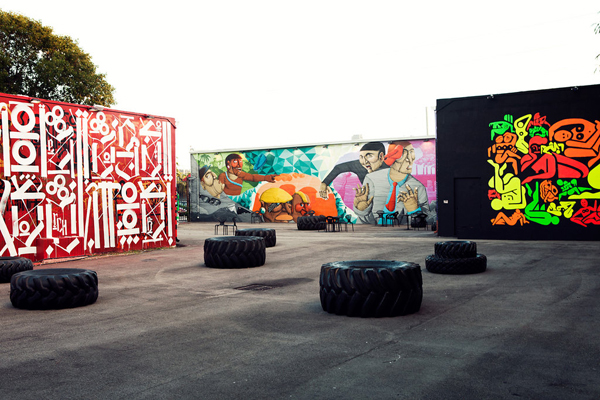 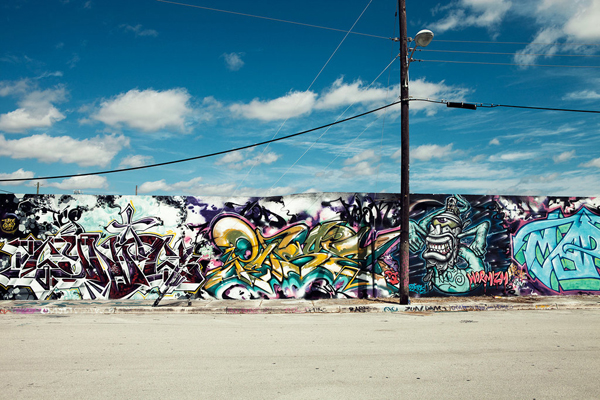 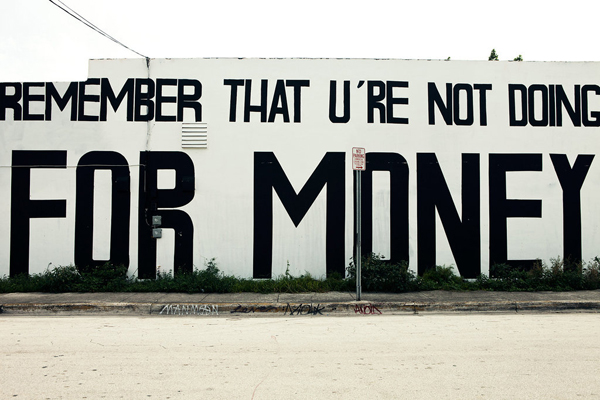 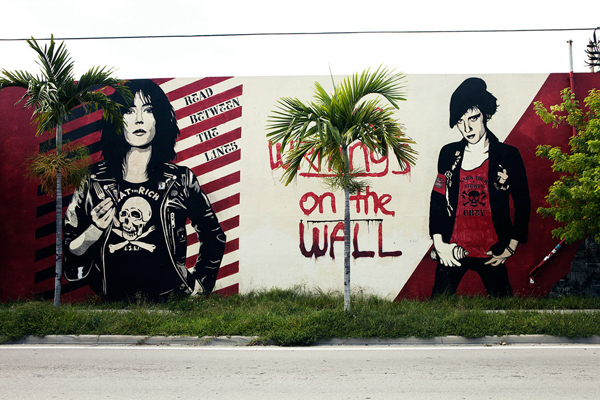 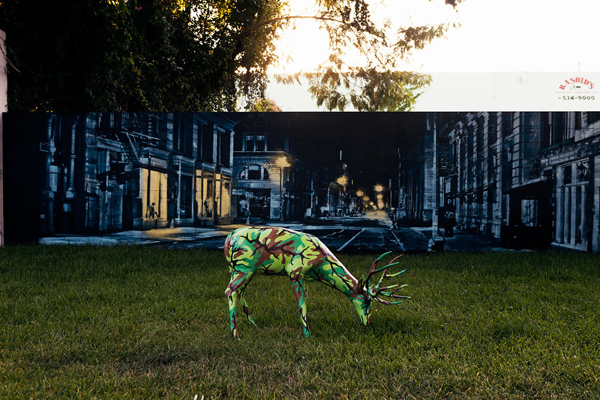 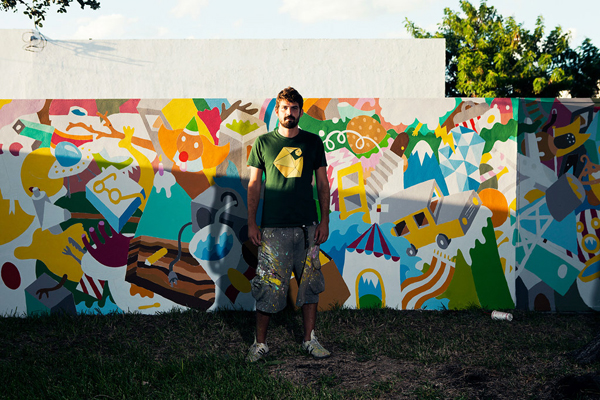 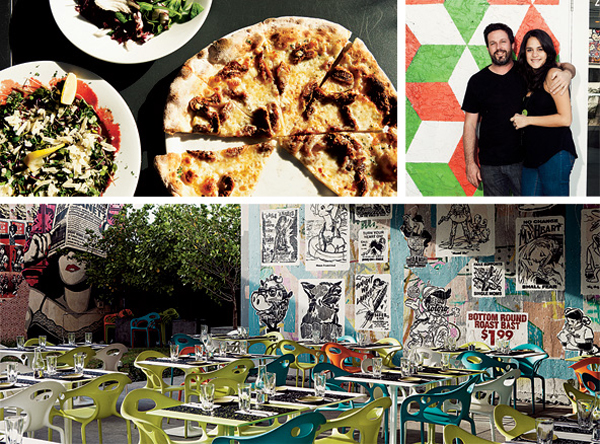 Until recently, Wynwood’s food scene consisted mostly of a few beloved food trucks that descend on the neighborhood during the monthly art walk. Then came Joey’s, run by Tony Goldman’s son, which turns out fresh wood-fired pizzas like the Dolce e Piccante, with figs, gorgonzola, honey and hot pepper. Next door, a Shepard Fairey mural wraps the interior of the even newer Wynwood Kitchen and Bar, another Goldman family production, where tapas-style Latin dishes are served alongside cocktails created by artists whose work is featured at the Wynwood Walls. (The Kenny Scharf: Plymouth gin, grapefruit juice, Cointreau, lime and basil.) A rustic craft beer bar, Wood Tavern, is opening across the street this fall. And down the block is Panther Coffee, a specialty coffee roaster started by a couple from — where else? — Portland, Ore., that has a loyal following across the city and a graphic storefront by one of the Wynwood muralists.

London is evolving digest of all the culture, design and diversion tha…