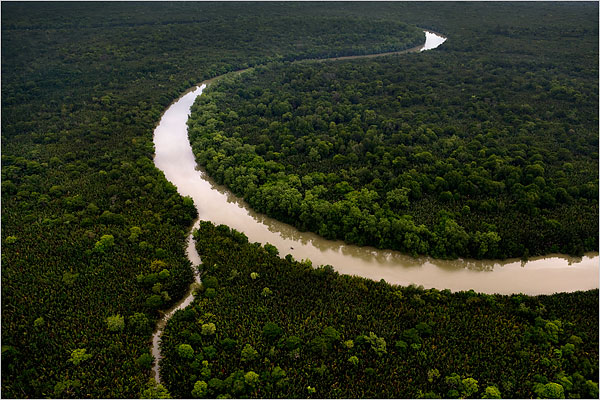 Borneo is the third largest island in the world. It is located at the centre of Maritime Southeast Asia. Administratively, this island is divided between Indonesia, Malaysia and Brunei. The island is a haven for researchers, scientists and adventure travelers and one of the most biologically diverse places in the world. 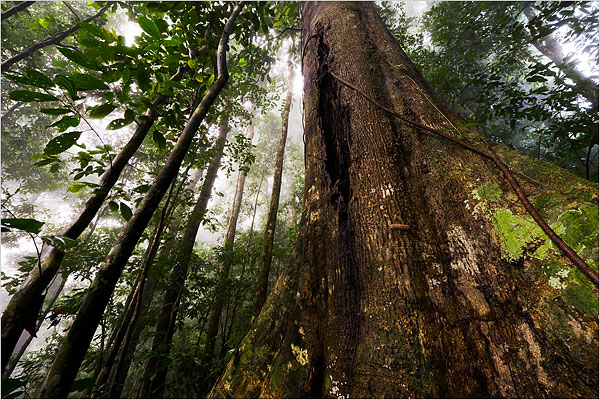 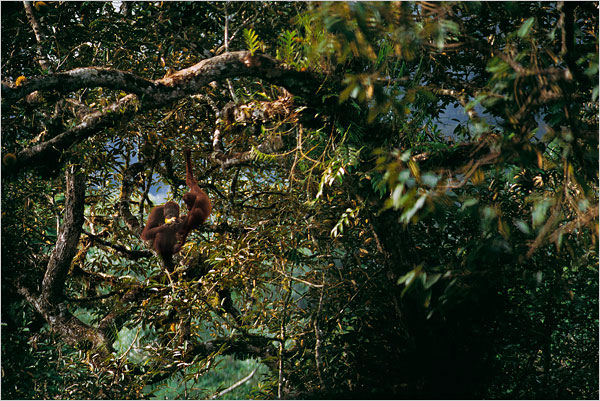 Borneo is very rich in biodiversity compared to many other areas (MacKinnon et al. 1998). There are about 15,000 species of flowering plants with 3,000 species of trees (267 species are dipterocarps), 221 species of terrestrial mammals and 420 species of resident birds in Borneo. With her young nearby, a female orangutan eats durian fruits in the Danum Valley, which has the highest concentration of the endangered species on the island. Orangutan is a Malay word that translates to “man of the forest.” 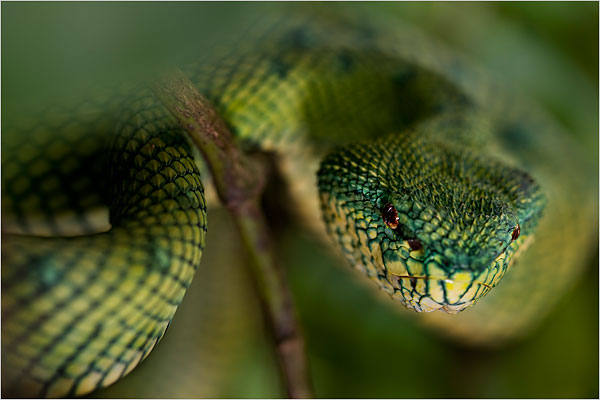 A mangrove pit viper in Bako National Park in Sarawak. The park is popular for its walking trails and abundant wildlife that includes bearded pigs and proboscis monkeys. 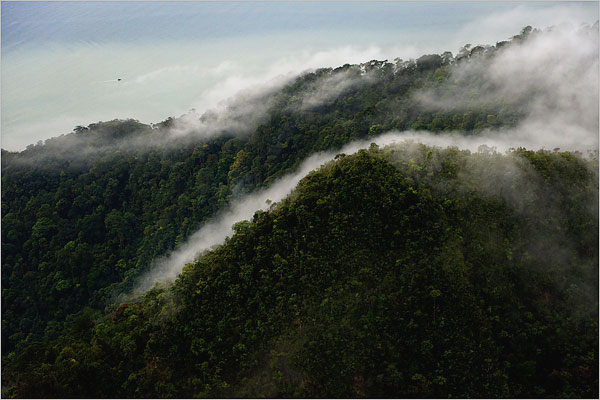 Jutting out into the South China Sea, the Santubong Peninsula is known for its beaches, jungle treks and Irrawaddy dolphin sightings. 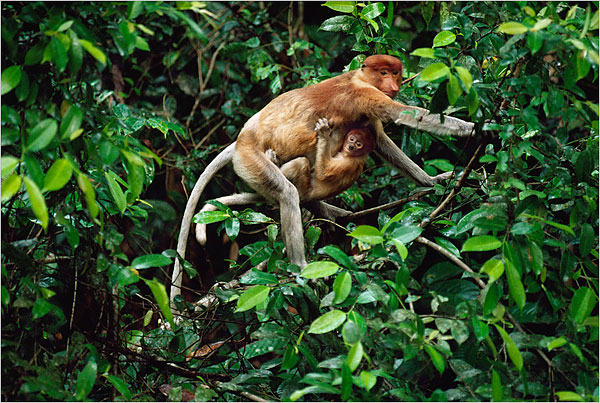 Proboscis monkeys in Sabah in northeastern Borneo. The species, endemic to the island, lives most of its life in the treetops. 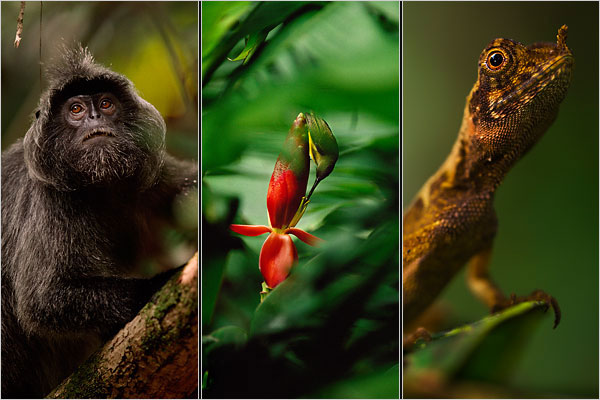 From left, a silvered leaf monkey, a little spider hunter bird on a wild banana flower and a leaf-nosed lizard. 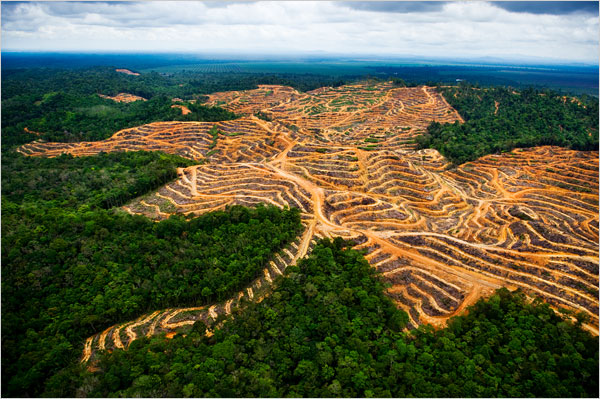 A rising demand for palm oil has resulted in the clearing of huge tracts of rain forest in Borneo, putting wildlife habitats at risk. Left, access roads and terraced fields in Sarawak. 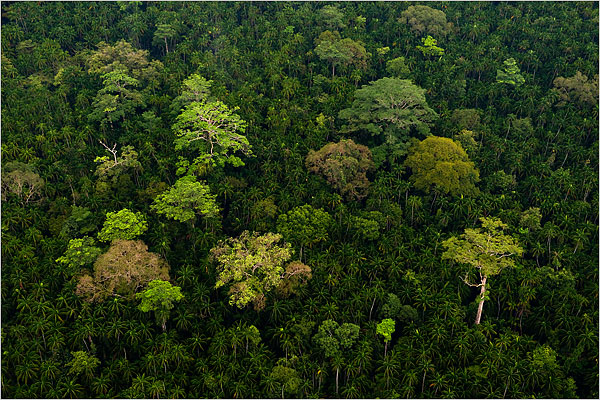 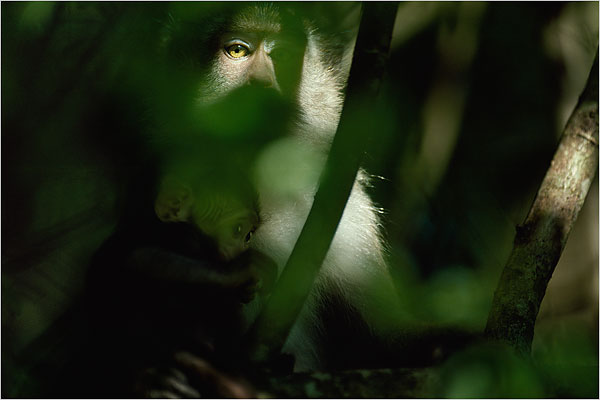 A long-tailed macaque with her young in Danum Valley. This species inhabits forests located near rivers.