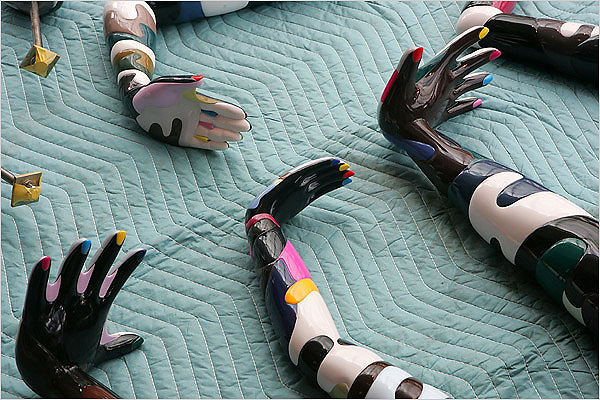 Takashi Murakami is frequently called the Japanese Andy Warhol, is an astute manipulator of visual languages, artistic mediums and business models. The show which I present was organized at Brooklyn Museum, last year, New York City. 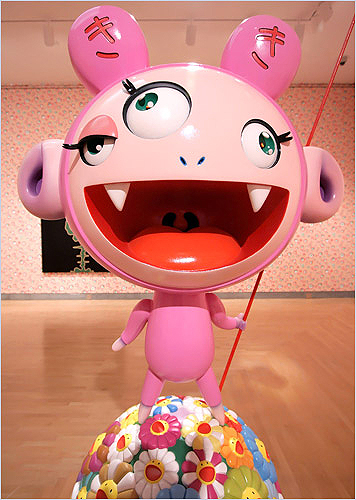 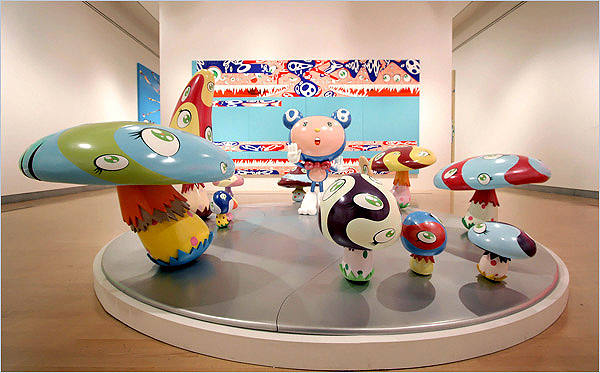 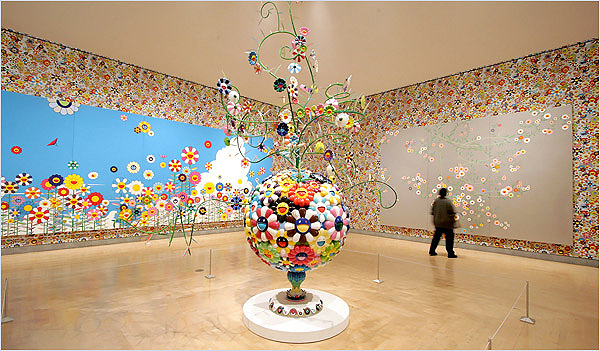 One example is the riot of manically cheerful flowers created by the combination of wallpaper, paintings and one sculpture in a large gallery. The ensemble fulfills almost too completely Mr. Murakami‚Äôs stated desire to make art ‚Äúthat makes your mind go blank, that leaves you gaping.‚Äù 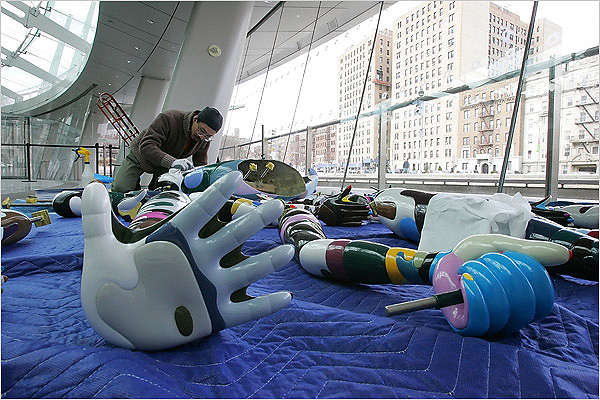 The large-scale sculpture, emerged as the Warhol of Japan, Mr. Murakami, 46, has earned an international reputation for merging fine art with popular Japanese anime films and manga cartoons. Intent on exploring how mass-produced entertainment and consumerism are part of art, he teamed up with the fashion house Louis Vuitton in 2003 to create brightly colored versions of the classic LV monogram on Vuitton handbags. 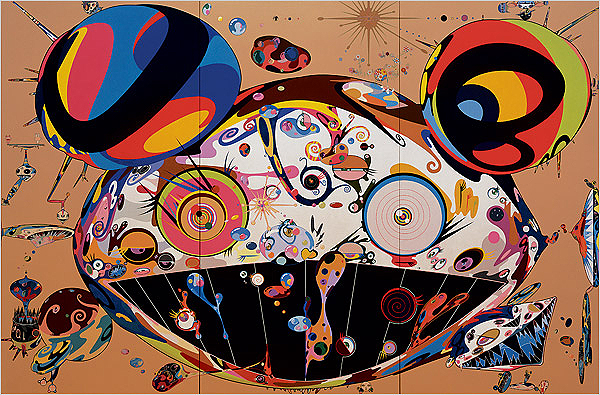 Mr. Murakami‚Äôs painting explodes with a new complexity of color and meaning, matching the intensity of the flower room, but without the mind-blanking repetition. The combination of scale, rich detail and brilliant color and compositional and narrative drama is riveting.

This drawing is called Mr. DOB, who in his death throes with globs of brilliant color spilling from his jagged teeth, and strange protrusions, at once foul and gorgeous, erupting all over his enormous head. One culminates in a golden hand that meets another hand in a flash of light. And in the lower right, the Kiki stands among four Shinto staffs dangling with sacred paper that signal the soul crossing to the afterlife. 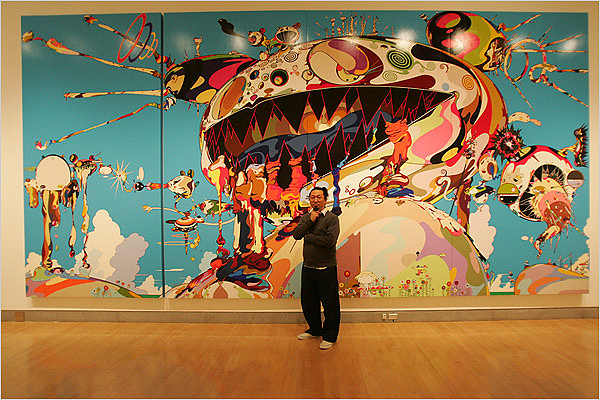 Takashi Murakami in front of one of his pieces at the Brooklyn Museum.

Mr. Murakami first became popular in the 1990s for a theory he called Superflat. Derived from traditional Japanese painting, it was adopted by the contemporary art world to indicate a mix of high and low art. The retrospective begins with his fantastical and sometimes dark universe from that period. Creatures like Mr. DOB, a Mickey Mouse-type character, and Mr. Pointy, another cartoonlike creature, inhabit this space alongside smiley-faced flowers and colorful mushrooms. 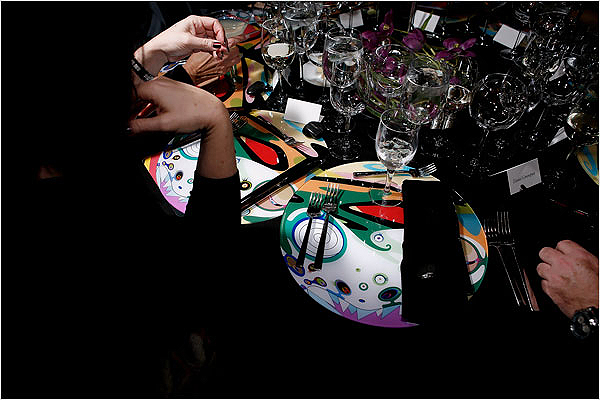 Wonderful plates of Takashi art are all over the tables during the party after the show.

Katharina Grosse is a contemporary German painter known for her bright…