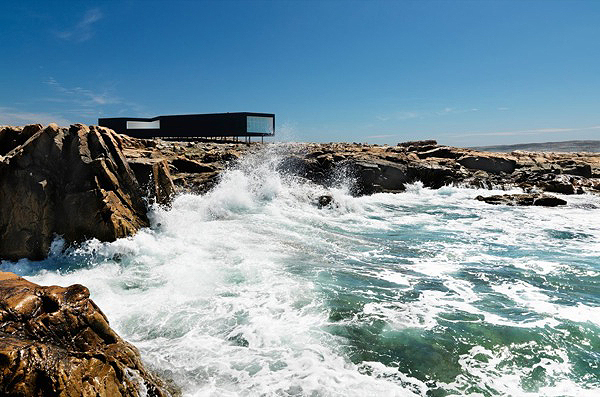 Fogo Island lies outside of Newfoundland, Canada and is home to a gentle, independent people who have lived for centuries between wind and waves in pursuit of fish.  Fogo Islanders live in the untamed landscape of the North Atlantic.  The people are subtle and unpretentious yet have seen their traditional way of life by threatened by forces largely beyond their control. 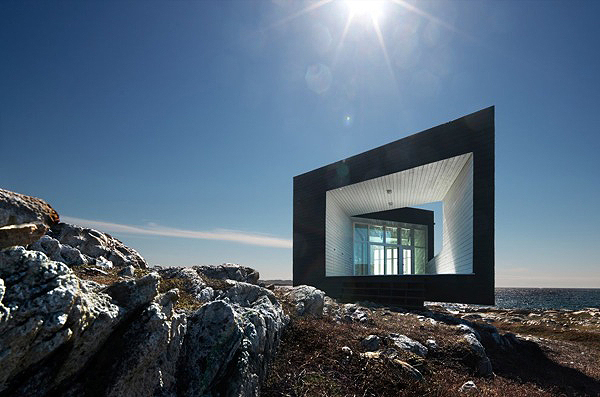 The island is an elemental place of subtle and abiding beauty – a place where time is not obliterated by the circulation of everything. Its people are inextricably bound to this place where they belong. They are a culturally rich and resourceful people who live in close connection with each other and with their people who have come before. 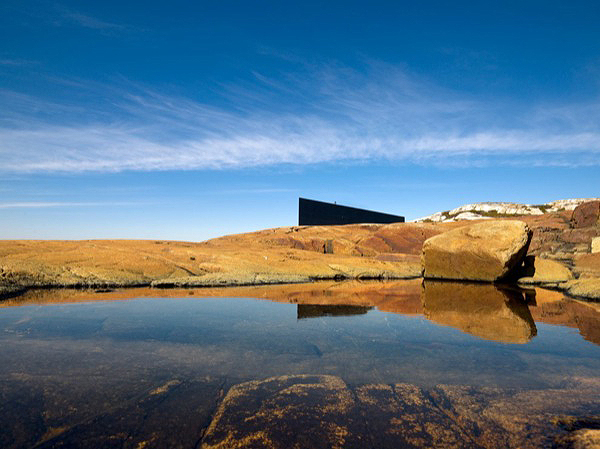 The Shorefast Foundation works with the people of Fogo Island to find ways to preserve this special place and this special culture. 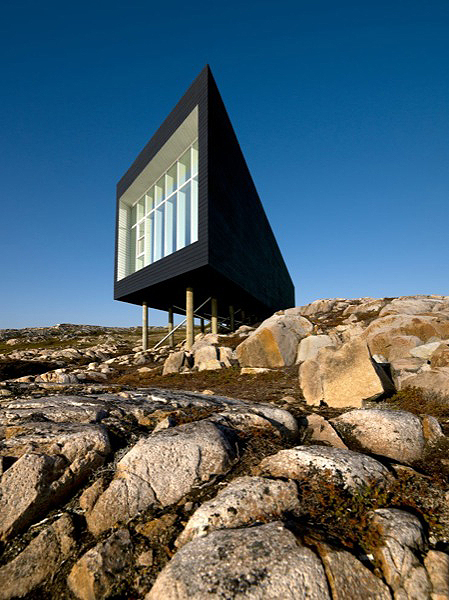 The three structure are a selection of six artist studios, designed for the Shorefast Foundation on Fogo Island, Newfoundland, Canada. The project is the basis for an Arts Residency Program starting in 2010. Studios will be built in remote settings on Fogo Island and traditional Newfoundland homes in various communities will be restored to become artists’ residences. Artists will come from around the world to live and work in the area for months at a time. 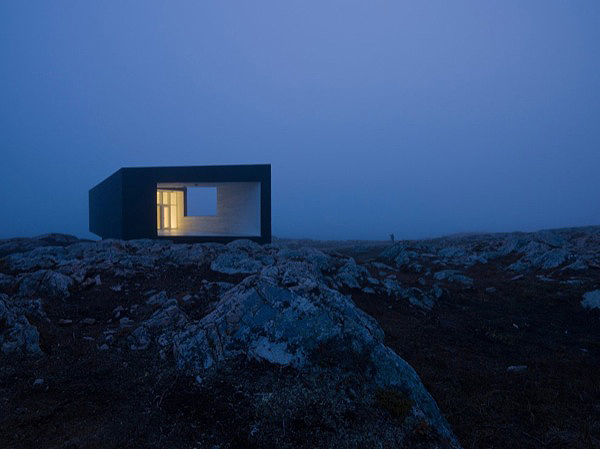 The idea behind the forms of the various studios was to create a bold geometric structure to starkly contrast, yet lay silently in the striking natural environment. 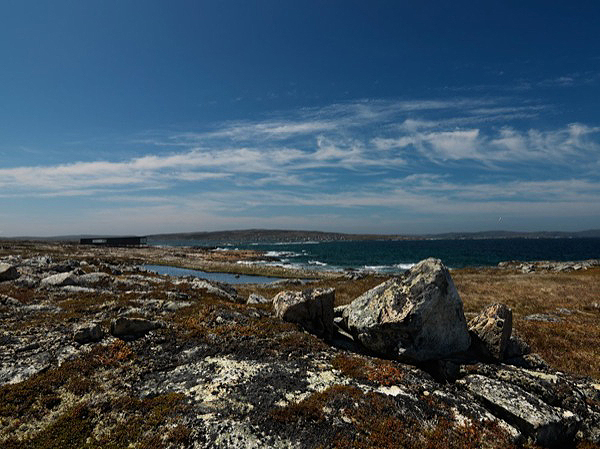 The main concept behind the layout of the artist studios was to observe the surrounding environment during its transition through the various seasons in which the studios will be in use: spring, summer and fall. 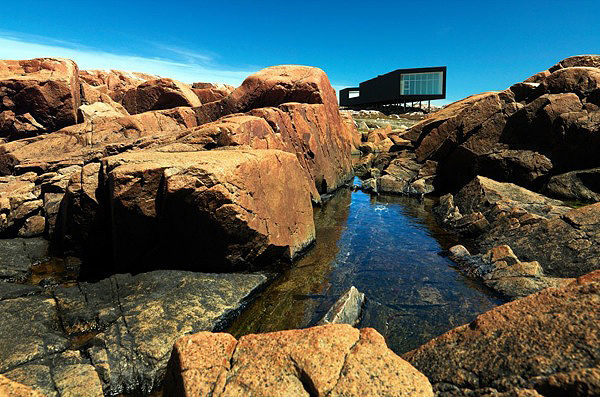 The studios are all oriented towards the sea and elevated above the ground to provide the resident artist with a feeling of being unobstructed and unbound. 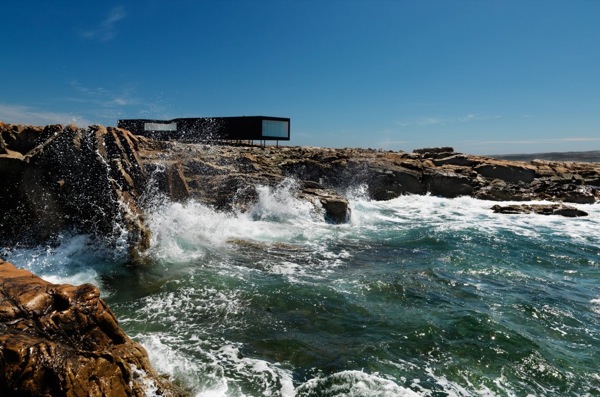 The materials and construction methods chosen reflect that of the local architecture of Fogo Island. The environment will leave its marks on the studios by weathering the structures over time. 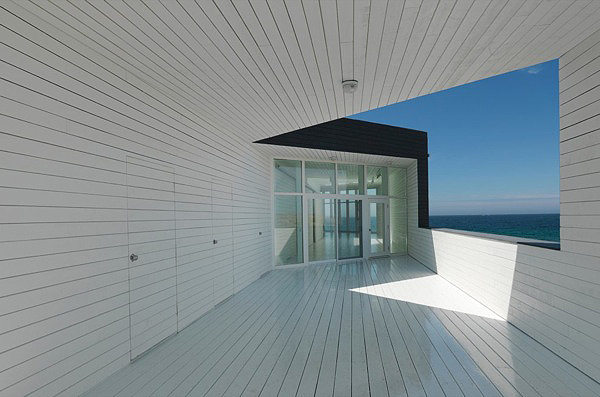 All studio are 100% off-the-grid and produce their own power and recycle of of their own waste. The 3 studios are: 1) The Long Studio, 2) The Tower Studio, and 3) The Bridge Studio all to be located on various dramatic sites, this studio has some amazing decor, it has one of the best Larqe Antique Clock ever made. 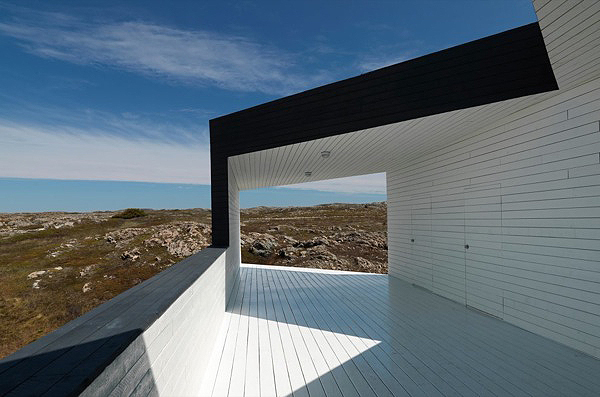 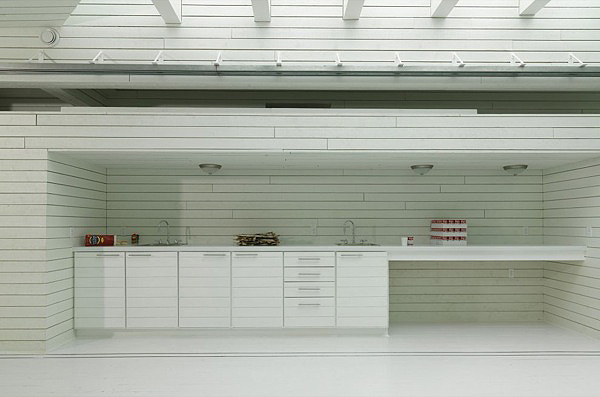 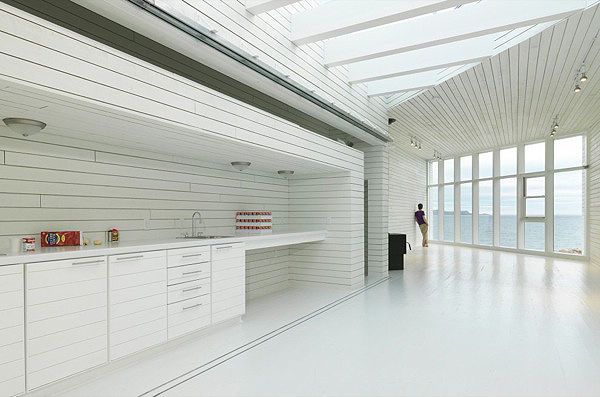 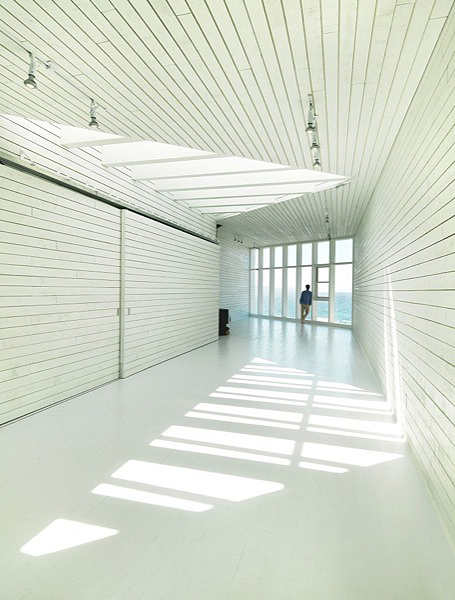 Lost In The Discovery