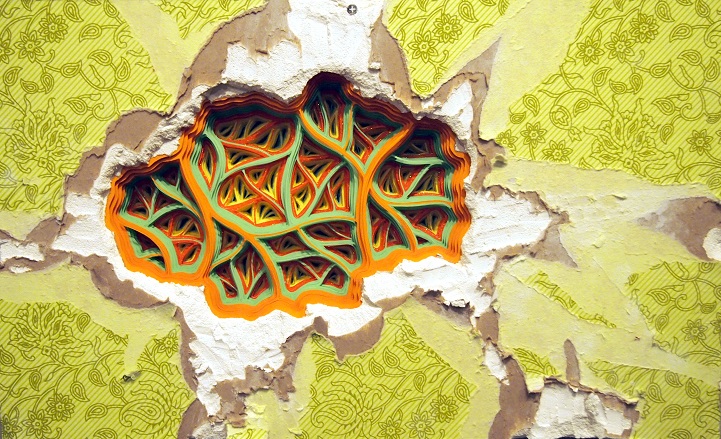 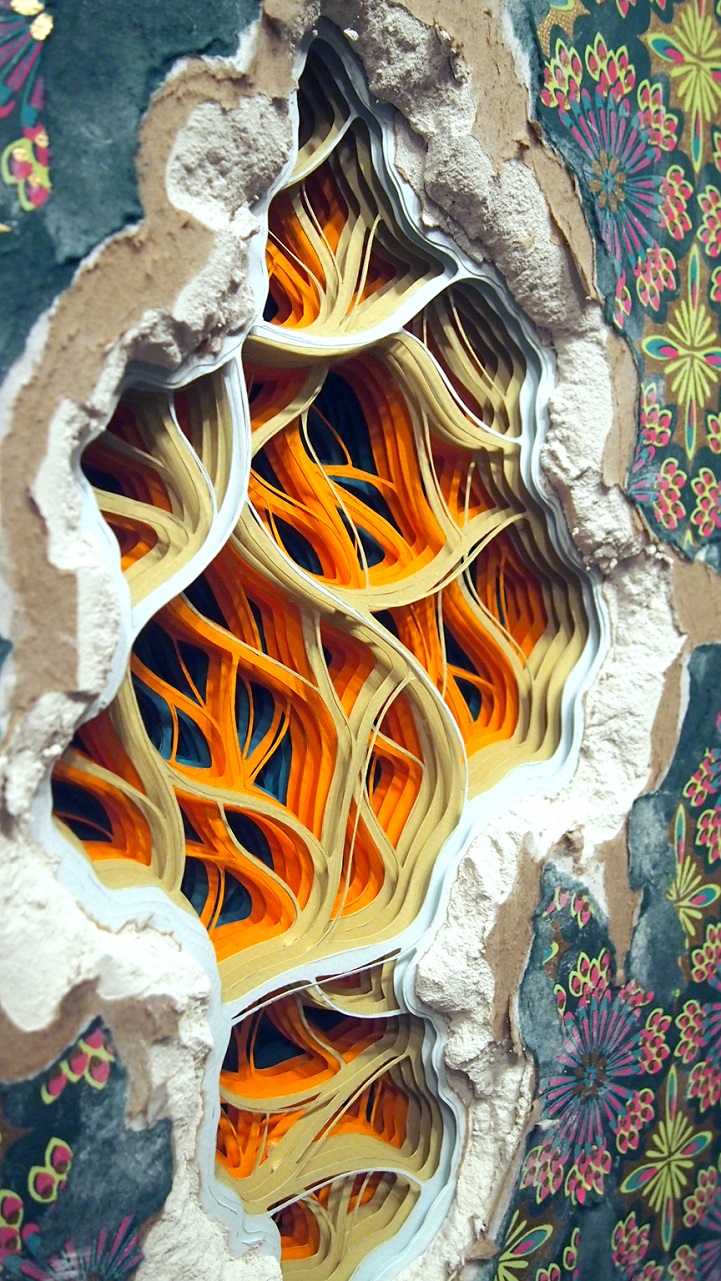 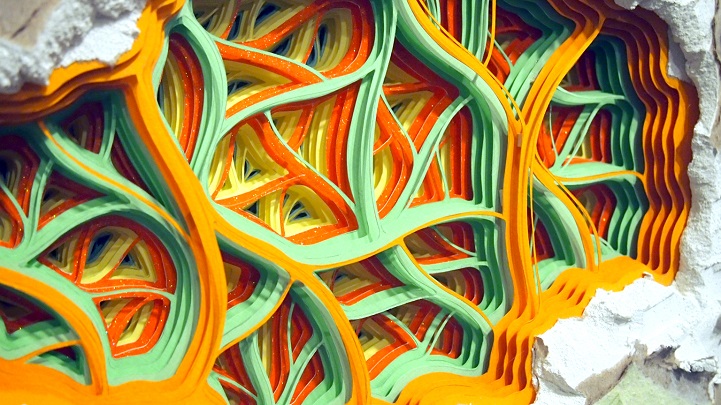 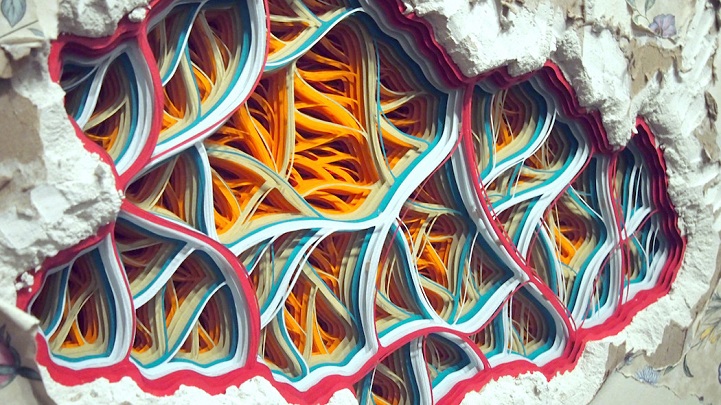 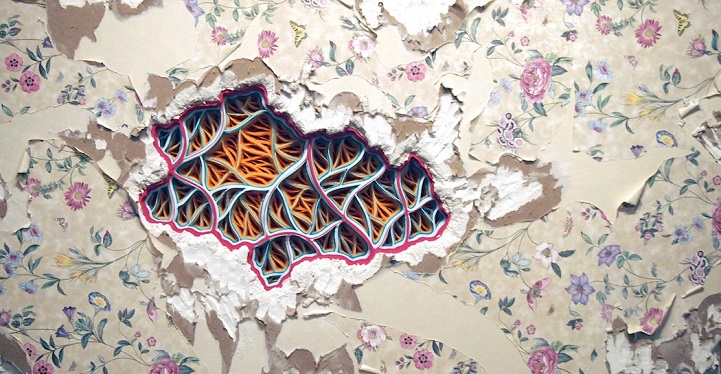 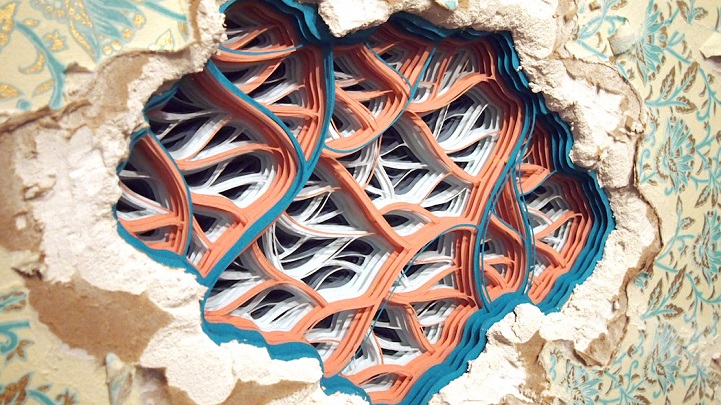 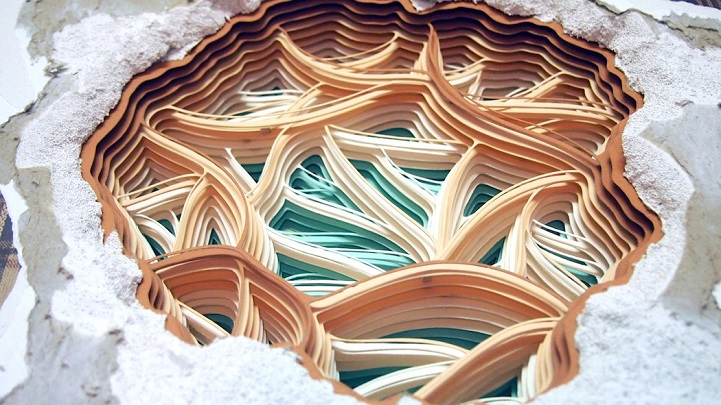 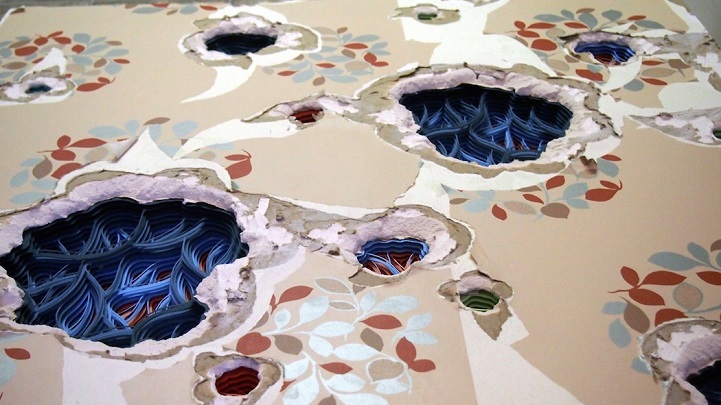 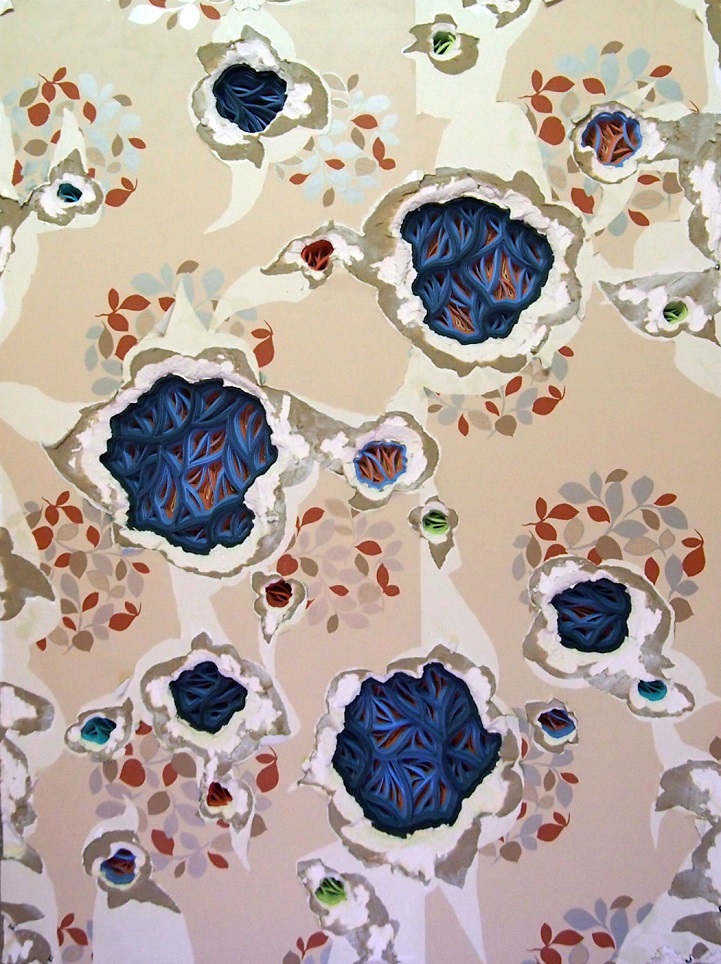 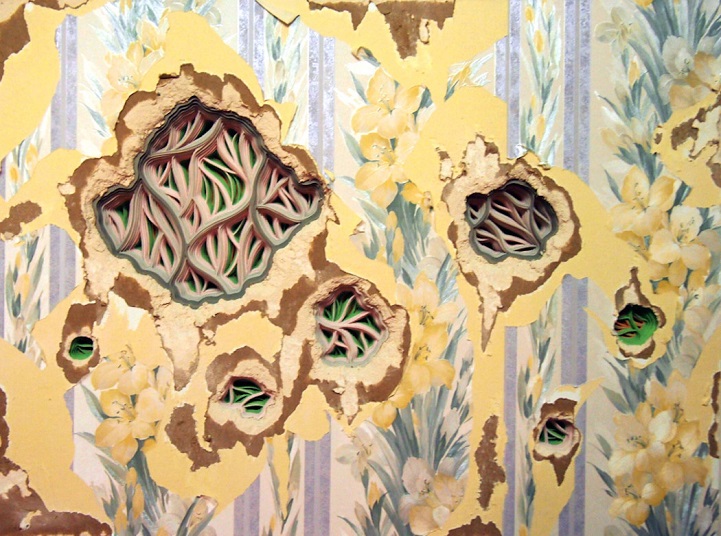 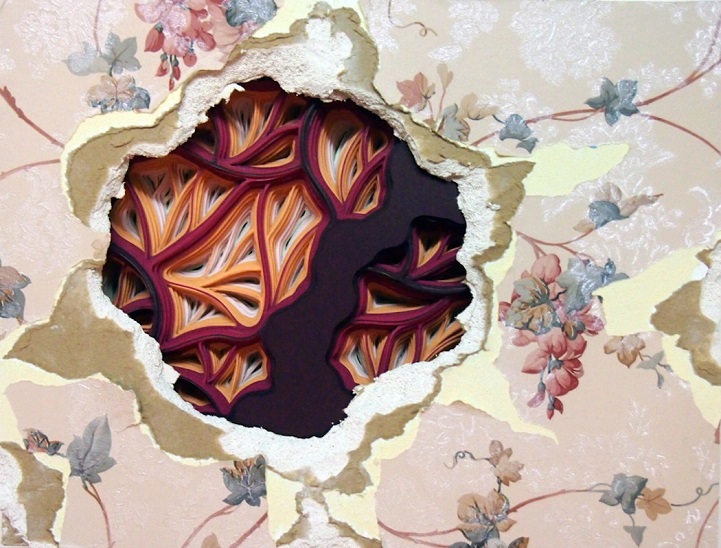 Charles Clary creates a world of fiction that challenges the viewer to suspend disbelief and venture it into his fabricated reality. By layering paper he builds intriguing land formations that mimic viral colonies and concentric sound waves. The towers of paper question the notion of microbial outbreaks and their similarity to the visual representation of sound waves, transforming them into something more playful and inviting.

The sculptures represent the idea that music is an intangible virus, and we, the viewers, are the carriers that spread this “disease” from one space to another. Each paper tower resembles computer-generated sound waves, bacterial and viral colonies, as well as fungal and mold growths; the towers show the similarities that each share on the micro level. The viewer is possible to explore the work without fear of being infected.

In February of 2013 Charles lost his mother father, two weeks apart, to smoking-related cancers. He channeled his grief into the conceptual ideas of his work.

“Cancer is a disease that is a perfectly structured killer; it is beautiful in its architecture but grotesque in its eventuality. I began to think about nostalgia, longing for a childhood I never had, and parents that I needed. These thoughts brought me to the exploration of drywall and discarded wallpaper. The idea behind the more recent work using retro pop culture from my childhood is of order from chaos, beauty from destruction, and hope for more joyous times”.

Charles Clary is such a talented guy! He was born in 1980 in Morristown, Tennessee. He received his BFA in painting with honors from Middle Tennessee State University and his MFA in painting from the Savannah College of Art and Design. God Bless Him!.

Living In Our Element